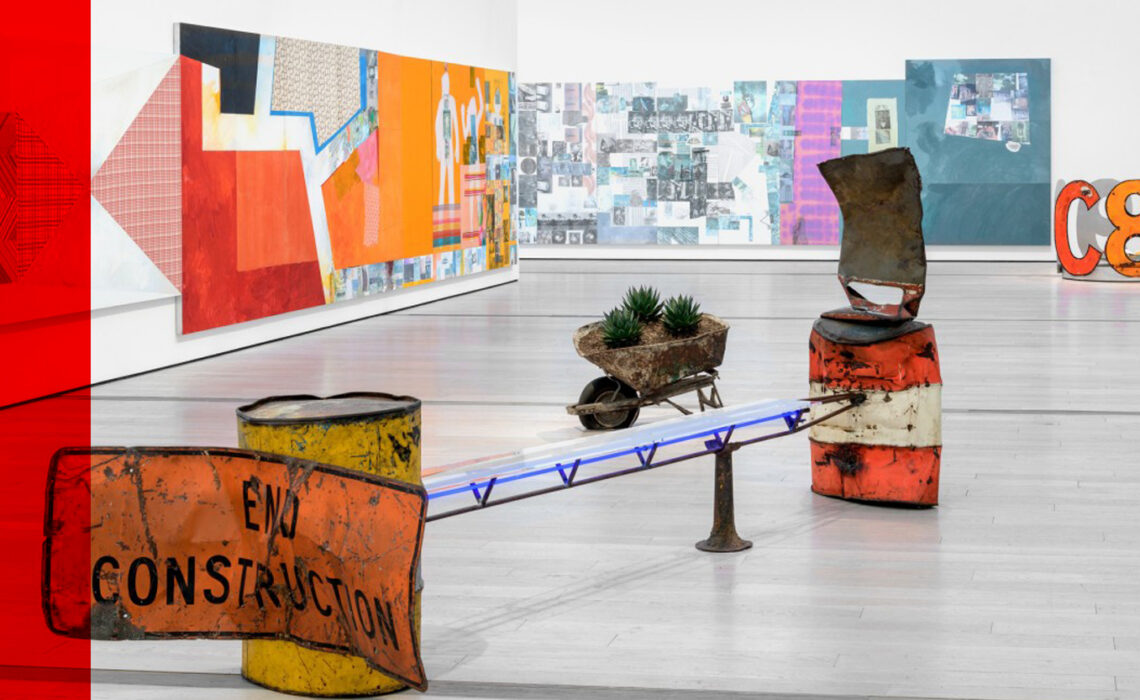 Completed over a period of 17 years, The 1/4 Mile is composed of 190 panels that, combined, measure approximately 1,000 feet—or nearly a quarter mile—in length. Signifying the distance between Rauschenberg’s studio and his home on Captiva Island, Florida, the quarter-mile span is representative of the artist’s central belief in working in the “gap between” art and life. Cross-cultural exchange was a driving force of Rauschenberg’s art practice. He traveled extensively throughout his career, and he sourced the wide range of materials and imagery included in The 1/4 Mile from Asia, Europe, Latin America, northern Africa, and the United States. The piece comprises an eclectic array of materials including various textiles, images culled from mass media, and photographs by the artist that are interspersed between bold passages of paint, while everyday objects such as chairs, cardboard boxes, and traffic lights add sculptural depth.

The work also has an audio element, composed of sounds that Rauschenberg recorded during his travels. Together the visual and aural components of The 1/4 Mile, coupled with its monumental scale, create an immersive viewing environment. This exhibition marks the first time the work will be exhibited in its entirety. 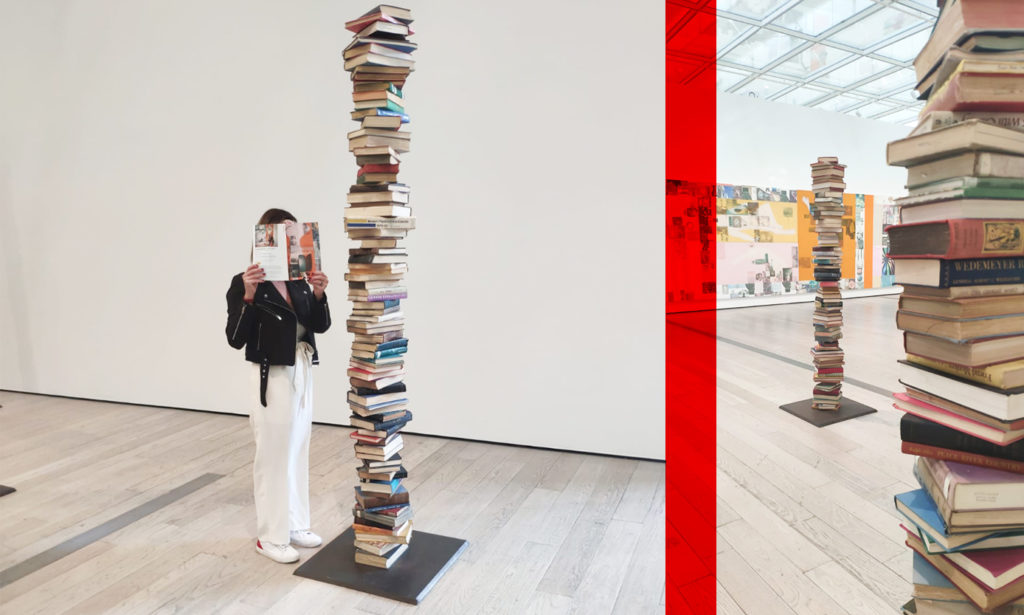 Rauschenberg: The 1/4 Mile is co-curated by Michael Govan, LACMA CEO and Wallis Annenberg Director, and Katia Zavistovski, Assistant Curator of Modern Art. This installation will occupy the entire floor of BCAM, Level 3. Rauschenberg often referred to The 1/4 Mile as a self-portrait, and the work reveals the broad scope of his artistic practice through the multitude of materials and techniques employed (including printmaking, photography, sculpture, painting, and use of technology).

In addition to being self-referential, in The 1/4 Mile or 2 Furlong Piece Rauschenberg also includes images of artwork from multiple cultures and time periods, situating his work in the context of a global art history. 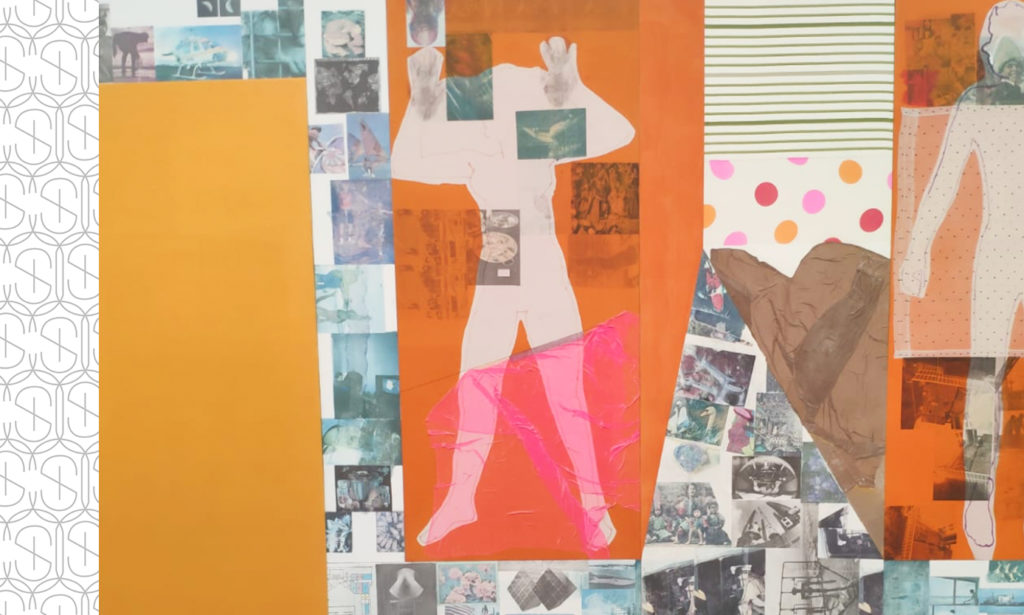 “Robert Rauschenberg’s The 1/4 Mile or 2 Furlong Piece has always been an inspiration to me. This work is an immersive meditation on the whole world of culture as well as the artist’s own life of ideas. It’s global and personal—a museum of images unto itself,” said exhibition co-curator Michael Govan, LACMA CEO and Wallis Annenberg Director.