There is much more to the New York City art scene than the mass of galleries found in Chelsea, or the Metropolitan Museum of Art. Boroughs around the metropolitan area have their own unique vibes, artist communities, and a culture unique to each. The three featured communities here are worth a trip outside of the usual, bustling NYC locations.

The Lower East Side (and Chinatown) has been booming for the last decade. Previously considered home to young artists turning away from the “art establishment,” its reputation has changed due to a large influx from traditional art boroughs like Chelsea. Due to increasing rental costs and skyrocketing real estate taxes, along with new types of tenants (like the Tesla dealership), galleries have begun to seek new opportunities elsewhere. The availability of unique spaces, combined with the reduction of warehouse-size properties traditionally sought for gallery space in this area has helped to create a unique environment, much different than that of Chelsea.

The atmosphere in the Lower East Side has developed into a reputable art-focused community, and the gentrification of the area has encouraged development and growth of galleries and more local artists. Organizations like NADA (New Art Dealers Alliance) and an abundance of art-world residents foster a sense of community, and promote young artists and fresh ideas, along with more artist-run galleries.

With the growth of this art community, there surfaced concerns that the area could not compete with Chelsea for the same enthusiasts, but the decision to keep galleries open on Sundays allows for collectors to visit both locations in a single weekend, benefiting business and allowing the community to retain its unique vibe. Moving to new spaces in the area has inspired artists to try something different; the quirky, small spaces found here are in stark contrast to the “big box” feel of many galleries in Chelsea.

Several of the larger galleries in Chelsea have maintained their gallery space and simply opened new locations, allowing them to take advantage of the young atmosphere found here, showcasing contemporary works to feature emerging artists, and offering them space for their first solo shows.

There is a cyclical nature to the NYC art scene, and it is speculated by some that Harlem could be the next art boom. No matter how long the surge lasts in the Lower East Side, it can be considered a success simply because it is no longer peripheral to Chelsea; it is on the same level. 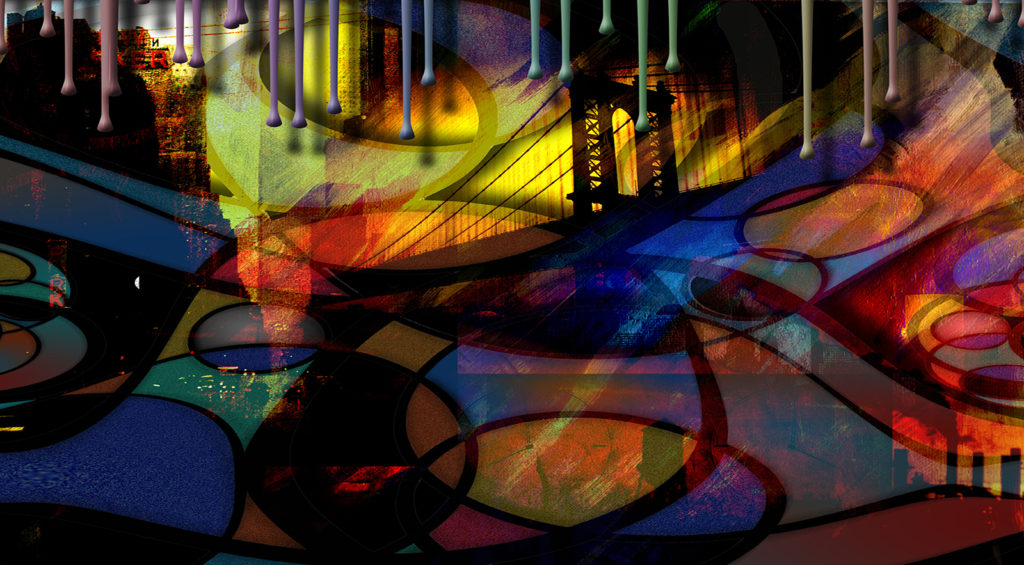 Parallel to what happened with Chelsea and the Lower East Side, increased costs of living and doing business in Brooklyn and Manhattan has contributed to the growing group of artists moving from not only more expensive parts of NYC, but of the entire NYC metropolitan area. Galleries are opening, and artists and arts organization are migrating into the area. One big draw to this subway-accessible borough is just that – it has accessibility setting it apart from others. Luckily, the Bronx’s previous (seedy) reputation has been mostly forgotten due to its offering of space.

At the heart of this growth sits the Bronx Museum of Arts, which has been busy with expansion projects and experiencing huge increases in visitors. The development–including a $15 million first phase—incorporates additional exhibition space and public programing furthering its mission to improve arts in a historically under-represented area. Museum attendance has increased 238% from 2011 to 2016, due in part to a grant providing free admission. To further support local artists, the Bronx museum is also supporting emerging artists with an expanded career management program, providing them with free studio, exhibition and programming spaces. One of the goals in this plan is to foster collaboration between established and new artists. The Bronx art scene may have finally come into its own. Visitors from outside the Bronx have risen 18% in one year, indication that it is consideration a valuable experience for art by non-Bronx residents.

Other key players joining the museum to promote art are The Andrew Freeman Complex, the BXArts Factory, and the Bronx Council of the Arts. To help give direction to the growth, Laura James created an online directory of Bronx artists named The Bronx Visual Artist Directory (BX200).

However, growth doesn’t come without discomfort. There has been discord among Bronx art leaders that not enough focus has been given to local talent. Conflicting opinions cite a greater variety of artists increases the visibility of the Bronx art scene. Bronx is becoming an arts-focused community, thanks to the dedication of a combination of artists, art leaders and art-focused organizations.

Famous for the Brooklyn Bridge, this borough likely has more artists per square foot than the Venice Brennale. Art-focused sights include the expansive Brooklyn Museum (ca. 1895), stunning examples of Beaux-Arts architecture, and Microscope Gallery are outstanding examples of the depth of art to be found in the area.

With spaces for glass art, multi-sensory works, outdoor sculpture gardens, performing arts, and public programming by NURTUREart, there is much to be found in the Brooklyn art scene. This long-established hotbed for art remains stable, resistant to the pressure from other, younger communities.

With pockets of talent, drive, and supportive communities, artists and galleries thrive in the New York City area. One can feel the ambiance which makes each community unique, but the drive to foster artistic creativity is universal. Discover the distinctions found within each artistic enclave.

At Sybaris Collection pride ourselves in delivering premium original pieces to art lovers, interior designers, and collectors enthusiastic about acquiring art from the most unique, culturally rich places discovered worldwide. Allow us to help you find what intrigues you, while promoting diverse cultural heritages through art and design. Our ARTclub allows you even more exclusive breathtaking pieces, handpicked for your selection.