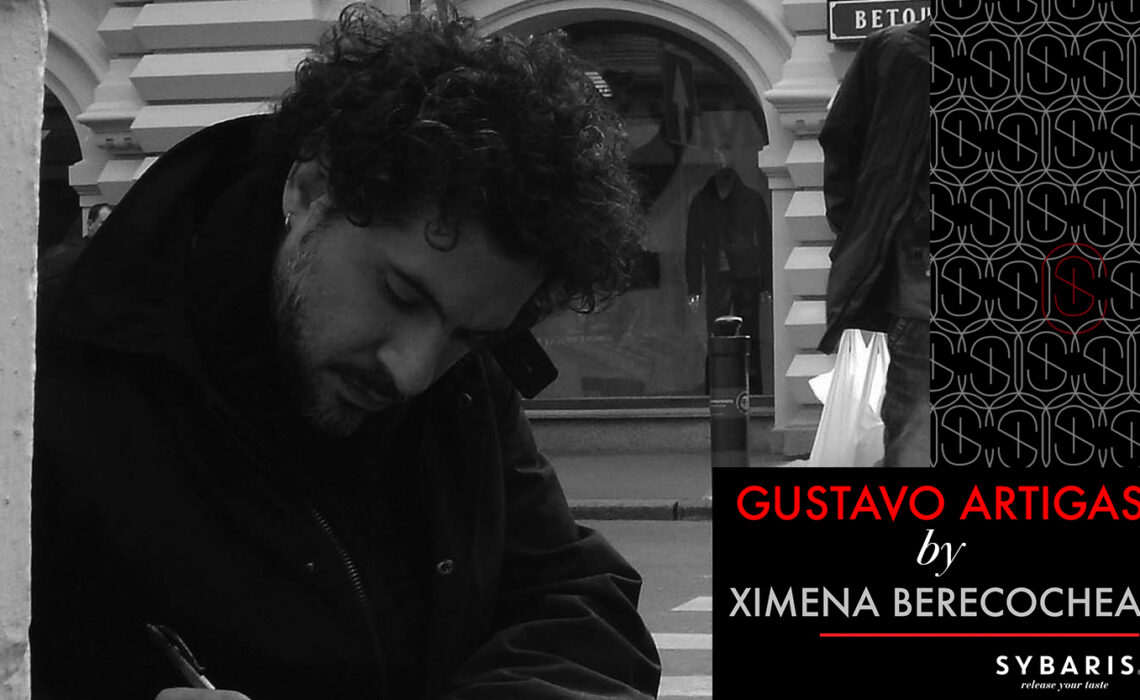 Some artists find an expression that develops quickly and remain on the same creative path. Others reach certain work maturity and then break new ground and seem to start again. They experiment and take risks trying out different routes. The development of Gustavo Artigas’ work is within this second group of artists

His work reveals an interesting process, it is like a journey where you change course to a new destination when the visited territory becomes too conventional, or when personal optics find no further space where and how to resound.

Artigas is part of a generation emerged in Mexico in the 90’s as the result of a group of young, vastly productive people, and a community that, for the first time, showed a generalized interest in contemporary art in the country. The work of this generation has a special relevance, since it contributed to an important change in the practice as well as in the international presence of Mexican contemporary art. This group of artists took part in a number of creative production and dissemination spaces, which completely broke with

the accepted discourse of previous generations. Among these personalities, in addition to Artigas, we find visual artists who, like him, have preponderant participation in the international artistic scene of today. To mention a few names, we have Gabriel Orozco, Teresa Margolles, Damián Ortega, Yoshua Okón and Carlos Amorales. Exposed to the emergence of new techniques, new ideas and exchanges with the global art world, this group was fundamental to the evolution of the dialogue that Mexican art held with tradition, with institutions and with the dissemination spaces of cultural products. 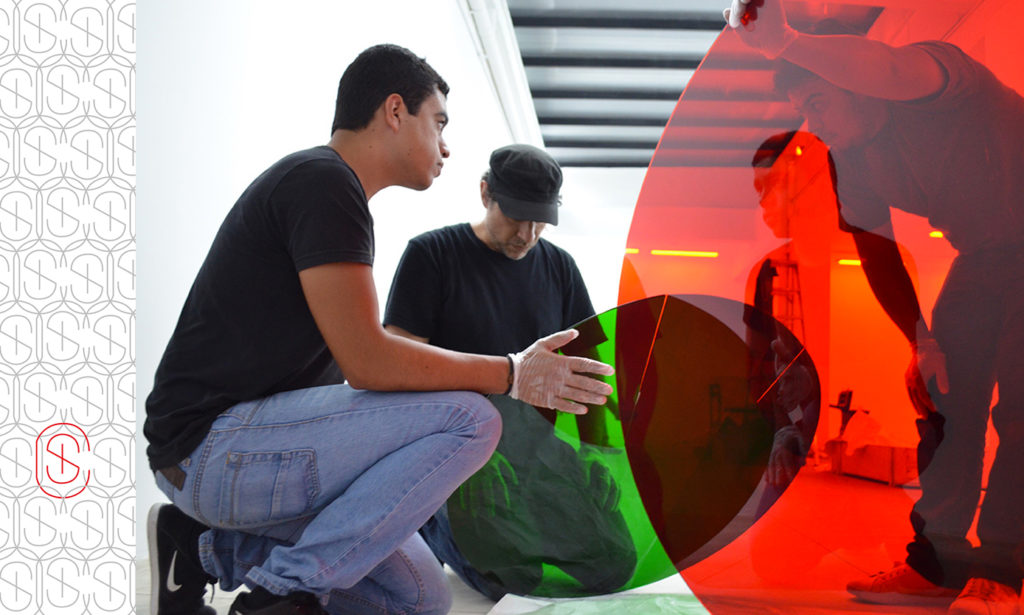 Artigas has had a very diverse career, not only in terms of themes but also in terms of forms. In his work we see different elements, from the creation of machines that imitate human actions, a film projected on a sand curtain, speakers with dialogues between Tzeltal, Tzotzil, and Innuit indigenous groups, to actions in which he represents conceptual reflections through people. His work with actions takes on greater physical dimensions in his pieces of games, as we can see in “The Rules of the Game” presented at the Venice Biennale in 2001, where he leads us to think about the notions of coexistence, political and geographical limits.

A year ago, while giving a workshop with us here at ICE, Artigas told us that on a trip through Russia, he found a statue of a Russian soldier in a park. This statue was stained because they had thrown a bucket of red paint on it. Artigas took a photograph of this sculpture and digitally separated the red paint from the object. In doing this, he wonders, what happens if I separate this paint blasted from the object? It happens, Artigas replies, that it is just a form of gesture. Gustavo then transfers this thought to the artistic production and wonders if the same thing happens in the creation of a piece of art; if art is not just a mere gesture.

After having developed so many pieces with a conceptual basis, the real function of the argumentative foundation of art is questioned and the attention turns to the form. We see this in “Río”, an exhibition presented at the Museo del Chopo in Mexico City in 2015. This work extracts the gesture of the party where we see people dancing to the rhythm of “Disco Samba” in a room that simulates a disco with colorful lights that turn on and off on the floor, and is decorated with color lithographs that are also illuminated in order to be more striking. In reference to this piece, Artigas explains that in a historical moment where many artists take a social emergency plan, the aesthetic element is usually left aside. He then decides to look back at aesthetics and form by immersing him and immersing the audience in the colors, lights, and sounds of the party. 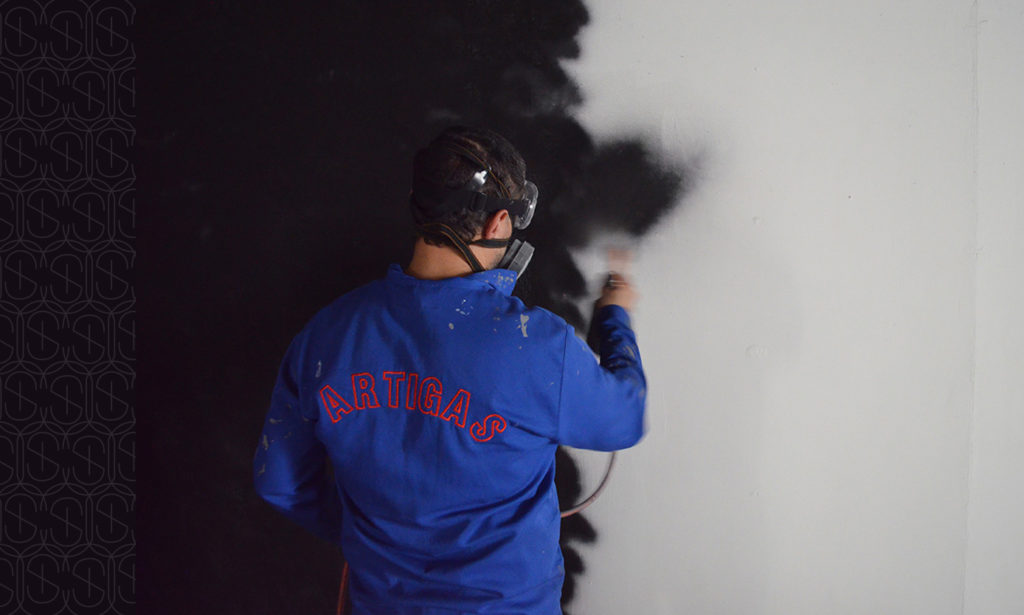 Within this return to the forms, Artigas questions the suitability of a political discourse elaborated through art. After experimenting with metaphorical questions and actions, of working based on political messages, of presenting demonstrations in front of local congresses in the US in order to demolish buildings, of referring to disaster and human vulnerability, Artigas’ work suddenly centers its attention on seduction grounded on the laws of color and the rules of resonance.

Mexican poet, David Huerta, says that the advantage of going back to writing measured verses’ sonnets after having written free verses, is that the sonnet frees us from the tyranny of the self. I think of this leap of Artigas’ work to the exploration of form as a similar breakthrough, in which the artist frees himself from the ego that had already found a safe formula in his work and decides to take a path that explores the way in which the elements of a visual artwork are organized. It is a leap that goes from the planning of work from a conceptual perspective to planning from an aesthetic-formal perspective. To put the use of the line, the point, the stain, the color, the volume, the texture, the light and the space in the foreground of the creative process.

Ximena Berecochea is an internationally-recognized photographer who has combined her artistic works with a distinguished career in academia.