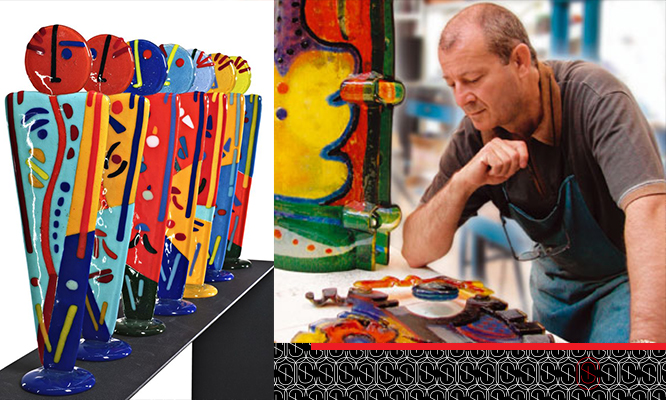 Acri-born Silvio Vigliaturo has spent most of his life discovering and recreating the beauty of Piedmont and its people. Although an enduring painter, the discovery of glass as a budding artist opened new doors to experimentation and expression. With the addition of this medium, he was able to expand his awareness of hue and impression.

Through his steadfast efforts, he expanded his media to include painting, steel, and terra cotta. Seen not just as materials but examples of grace and agility, his curiosity led him to a study of futurism and post-futurism. Years of working with such a variety of mediums have guided him to a broad vision of strong impact and light forms 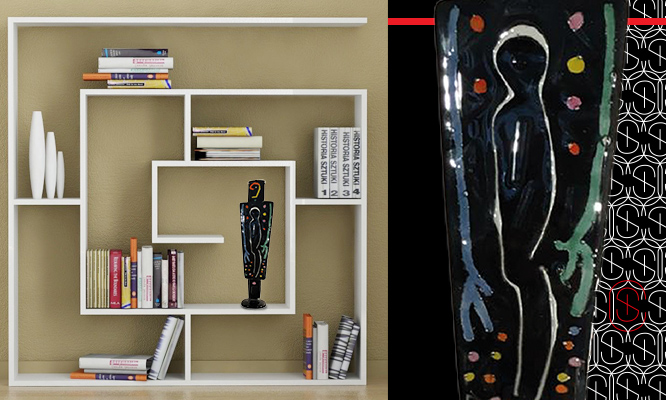 His distinctive work has afforded him to exhibit for many years, from his first in 1977, and continuing throughout his career. He is regarded an accomplished artist, with many exhibitions across the world in Barcelona, Tokyo, New York, Paris and Hong Kong. Some of his most memorable expositions have been a 1997 show with Sandra Chia, regarded one of the world’s leading contemporary artists, and Kiki Kogelnik, perhaps Austria’s most important pop-related artist who delved into glass later in her career, and a showing in 2002 at the princely Palazzo Falcone in Acri, his hometown. 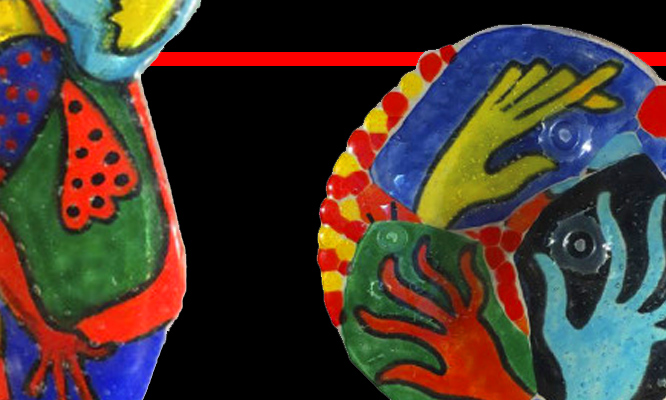 In 2006, among many other talented artists, Vigliaturo’s work was chosen to represent the city of Turin at the XX Olympic Winter Games. He created pieces for each winning athlete and many honored guests for the occasion. Later that year, he received another great tribute when the Museum of Contemporary Art of Acri was dedicated to him, complete with a collection of over two hundred examples of his respected art.

Vigliaturo’s skill and ideology in glass fusion are distinctive; his dedication to glass as a medium showcases modern imagination while holding on to the traditional feelings invoked by admirers of this traditional channel of expression. Many artists and art critics respect him as a leading glass artist worldwide.