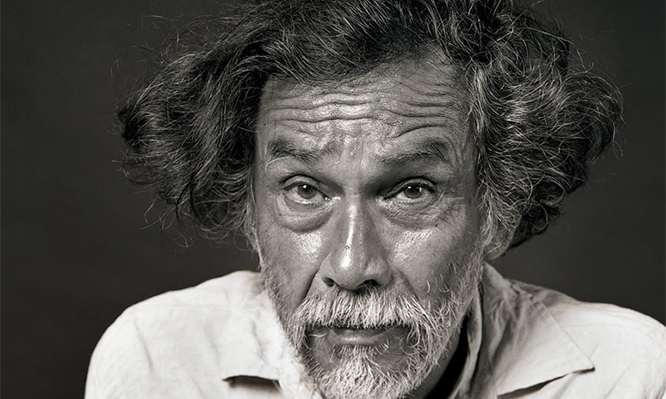 He is a myth and he is alive. He is one of those rare artists to whom celebration and recognition don’t have to wait to his afterlife. Francisco Toledo’s time is now, as will be later. His personality is as unique as his artwork. Always dressed in white cotton pants with dusty sandals, he can easily be reached in the Santo Domingo plaza in his natal, Oaxaca. Another peculiarity: one of the most reachable artists and also for many one of the greatest. 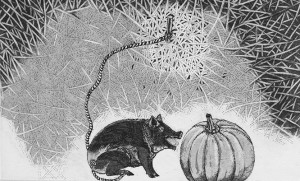 Toledo before Toledo began at the age of 12 learning the art of engraving at the Escuela de Bellas Artes in Oaxaca. He continued developing his aptitudes near artist Guillermo Silva Santamarina before traveling throughout Europe, until his settlement in Paris in the workshop of British painter Stanley William Hayter, one of his formal influencers. His return to Mexico in 1965 inaugurated a new chapter in Mexican art that coincide with with the emergence of “La Ruptura”, artistic movement that brought about a new art current, including artists like José Luis Cuevas, Vicente Rojo, Rodolfo Nieto, Pedro Coronel and Manuel Felguerez. By the time of his comeback he had already exhibited in Galleries in Norway, England, Germany and Switzerland.

Deeply linked to his Zapotecan artistic roots, it’s common to find interpretations of ancestral myths or childhood experiences along his artwork. But his contribution to his origins goes far beyond painting. He has taken part in social movements and involved himself with the development of several institutions, such as artistic and environmental organizations, as well as the protection of cultural heritage, the environment and society of Oaxaca, turning the city into a dynamic center for visual art and literature. “El maestro”, as everyone calls him has become, like his work, symbol and expression of the deepest myths of Mexico.