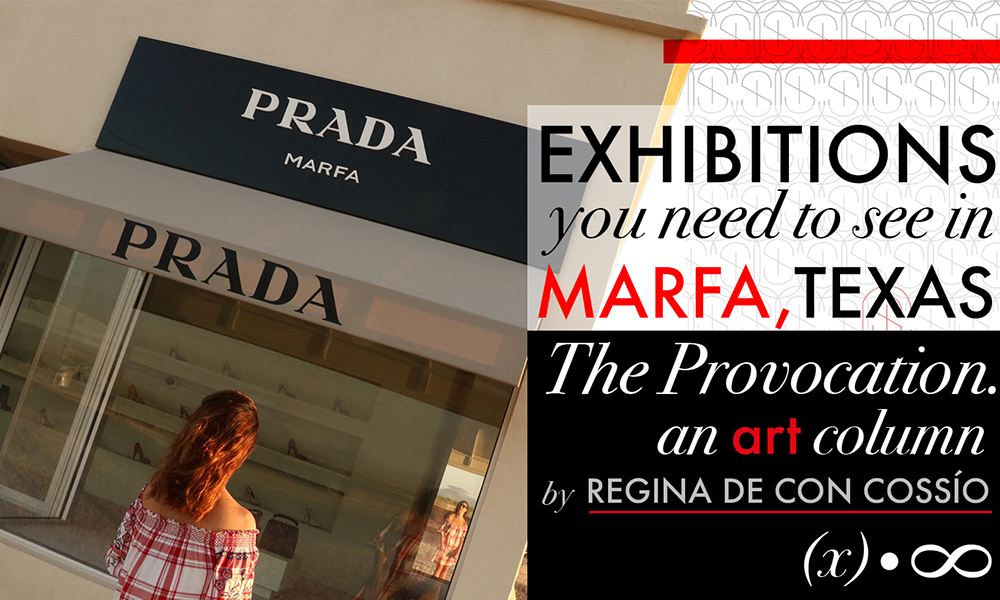 Exhibitions You Need to See in Marfa, Texas

In a world of art “destinations”, Marfa stands alone. No place is really like it, and when visiting, art lovers see art that isn’t exhibited in the same manner anywhere else. However, although each exhibition is a unique specimen, representing the maker’s own taste, talent, and story, there are some works of art and artists which shouldn’t be missed. Here are some of our favorite Marfa exhibitions: 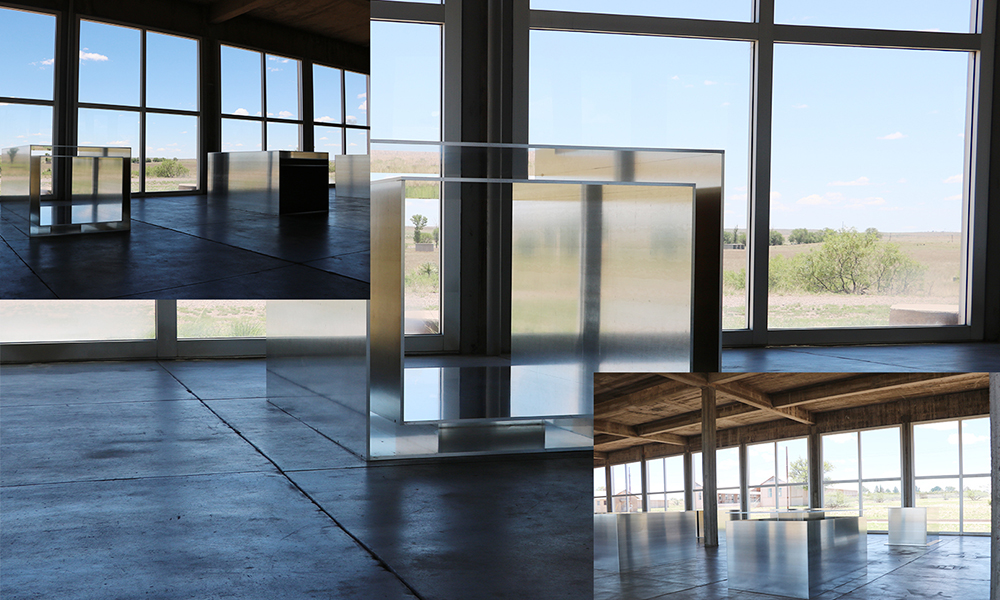 Although not an early addition to the Marfa landscape (having been completed in 2005), Prada Marfa may very well be the most iconic for those who have yet to arrive in this desert art oasis, thanks in part to Beyoncé’s Instagram shot taken in front of the building in 2012.  In a world where nature scoffs as the materialism and consumerism of modern society, Prada Marfa stands at the proverbial cross-roads.

The birth of Marfa as the home to installation art began with Donald Judd’s 15 concrete artworks. They stand as a testament to his attitude of art and architecture, what he was quoted in 1964 as the “plain beauty of well-made things.” Unlike many pieces of art exhibited throughout the world, his works did not take away from the surrounding landscape and stood in harmony of the beauty found there. Perhaps Judd felt more connection with nature’s art than the pompous and complex world of human artists. Today, visitors can take a sunrise tour of the exhibitions here and experience the splendor of nature’s art combined with Judd’s pieces as the sun casts light and shadow over the surrounding and the blocks. Their simplicity forces viewers to consider both the strength and fortitude of Judd’s works and the beauty of nature, which man cannot truly replicate.

Judd’s plan for wide open spaces to create and exhibit his large-scale installation works started with purchasing the former US military airplane hangars, barracks, gymnasium and warehouses, which at one time housed German POW prisoners. His sensibility and scale could be combined in repurposing existing buildings, already standing in forms he could relate to: stark, steel structures, many in need of refurbishment and therefore ripe for transformation into works of art. The facility combines workspace and studios, housing his 100 untitled works in aluminum, which represents the sensibility and order Judd created in his works, with clean lines in utilitarian style. The pieces of art and the buildings in which they reside are together the entire work, the experience. In the harsh landscape of west Texas, they stand as a testament to the balance between nature and artistry, showcasing the fact that man must learn to work within the confines and conditions which nature provides.

Although he never would admit that his iconic crushed car sculptures meant anything related to consumerism or the fascination with cars in America, his works are successful for the varied interpretations viewers have expressed over the years. Chamberlain and Judd together installed the works in the early 1980’s as the facility was being overhauled for its use as an art gallery.  Chamberlain later attempted to separate himself from the overwhelming attitude that he was a “car sculptor” and began creating works in foam, some of which are on display here in Marfa.

Although known for his sculpture, this exhibit breaks from large-scale installation art, as Carl Andre’s works of poetry still echo the simplicity Judd was looking for when he came to Marfa. Andre has written over 1,500 words in his career, and gifted nearly 500 to the Chinati Foundation, adding another layer to the works on display here. The pages represent an interesting combination of visual and written art, a style in which Andre recreated the same sensibility found in many other Marfa works. Housed in its own building, Andre’s poetry provides a union of visual and written art.

There are many exhibitions worthy of your visit to Marfa, Texas. In fact, the biggest challenge you may experience in this desert town is what hat to wear to shield you from the intense Texas sun. When scheduling your trip to Marfa, these exhibits must be at the top of your list, providing you with a diverse assortment of what makes Marfa so special. Start here and see where the dusty streets of Marfa lead you next.