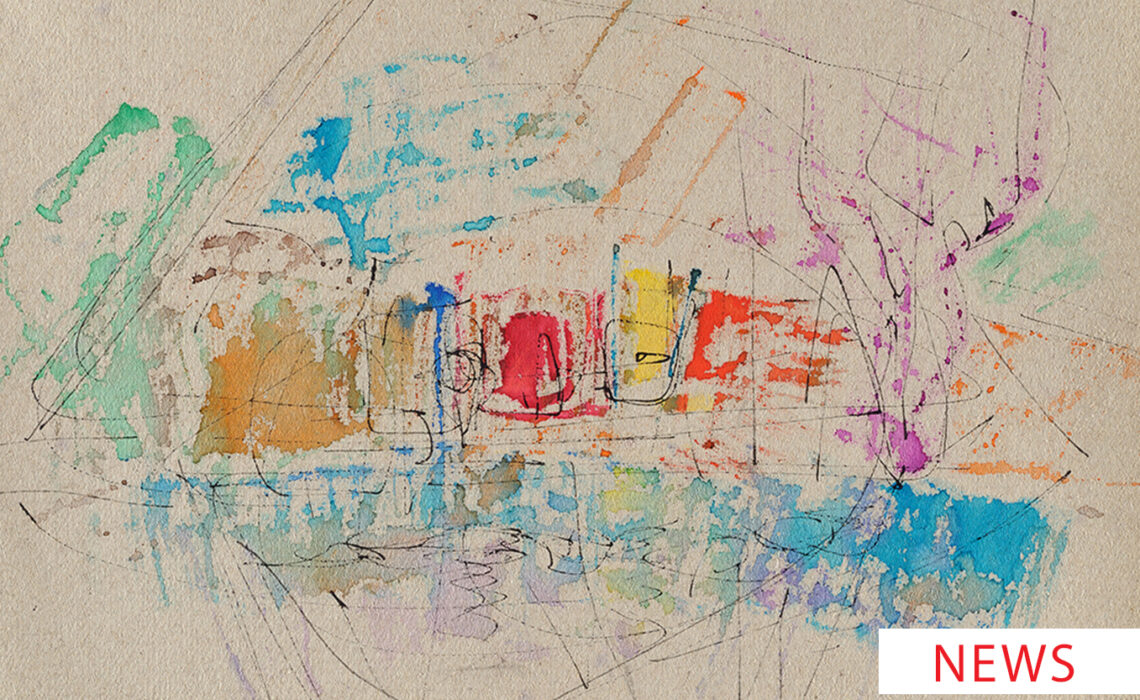 Highly  underrated, Etel Adnan (Beirut, 1925 – Paris, 2021) found international recognition after being part of the famous Documenta 13 (2012). However, her work never needed the appreciation of the art world to exist with the power and the profound sensibility that characterizes each of her works. This November 14, Adnan passed away in Paris at the age of 87.

It seems to me I write what I see, paint what I am.
EA

Etel Adnan was born in 1925 and raised in Beirut, Lebanon. Her mother was a Greek from Smyrna, her father, a high ranking Ottoman officer born in Damascus. In Lebanon, she was educated in French schools. She studied philosophy at the Sorbonne, Paris. In January 1955 she went to the United States to pursue post-graduate studies in philosophy at U.C. Berkeley, and Harvard. From 1958 to 1972, she taught philosophy at Dominican College of San Rafael, California.  Based on her feelings of connection to, and solidarity with the Algerian war of independence, she began to resist the political implications of writing in French and shifted the focus of her creative expression to visual art. She became a painter. But it was with her participation in the poets’ movement against the war in Vietnam that she began to write poems and became, in her words, “an American poet”. 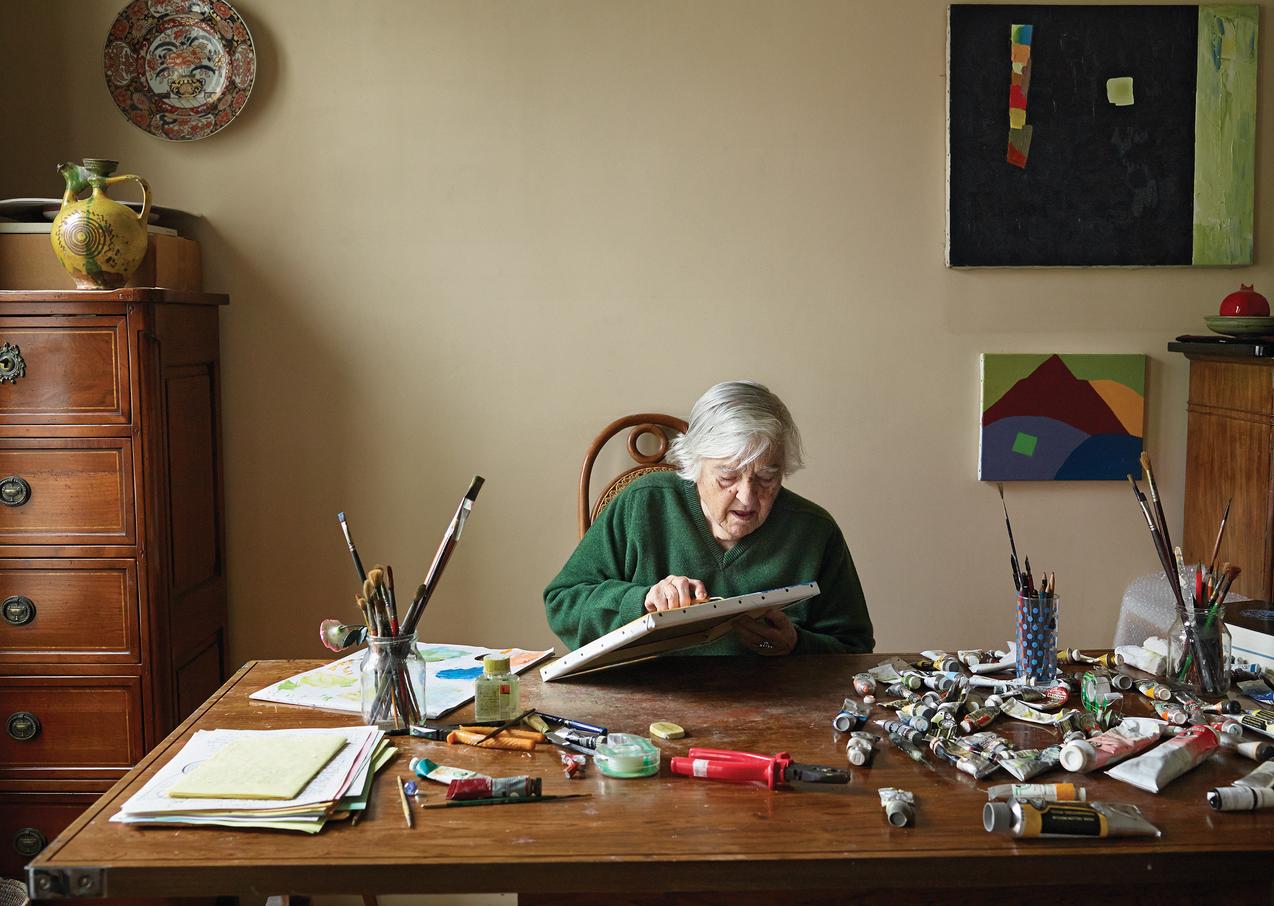 Etel Adnan in her studio. © The Wall Street Journal

Writer and artist, Adnan began painting in the early 1960s. Widely known for her poetry, novels and plays, she moved fluidly between the disciplines of writing and art and was a leading voice of contemporary Arab-American culture. A multi-linguist who had a nomadic existence, Adnan made work that traverses cultures and disciplines, drawing its inspiration from a deep engagement with the world.  Adnan began to make paintings, a move that was prompted, in part, by her decision to stop writing in French following the Algerian War. Adnan said that ‘colours exist for me as entities in themselves, as metaphysical beings, like the attributes of God exist as metaphysical entities’, and this idea continued to be a key characteristic of her work. 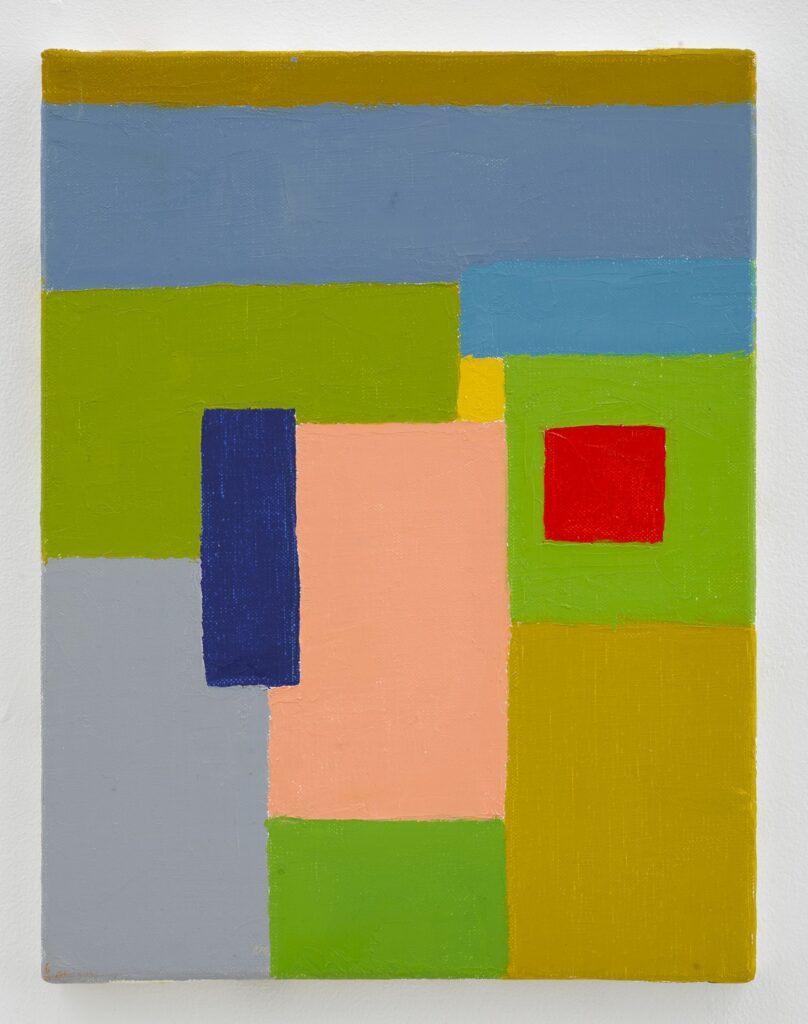 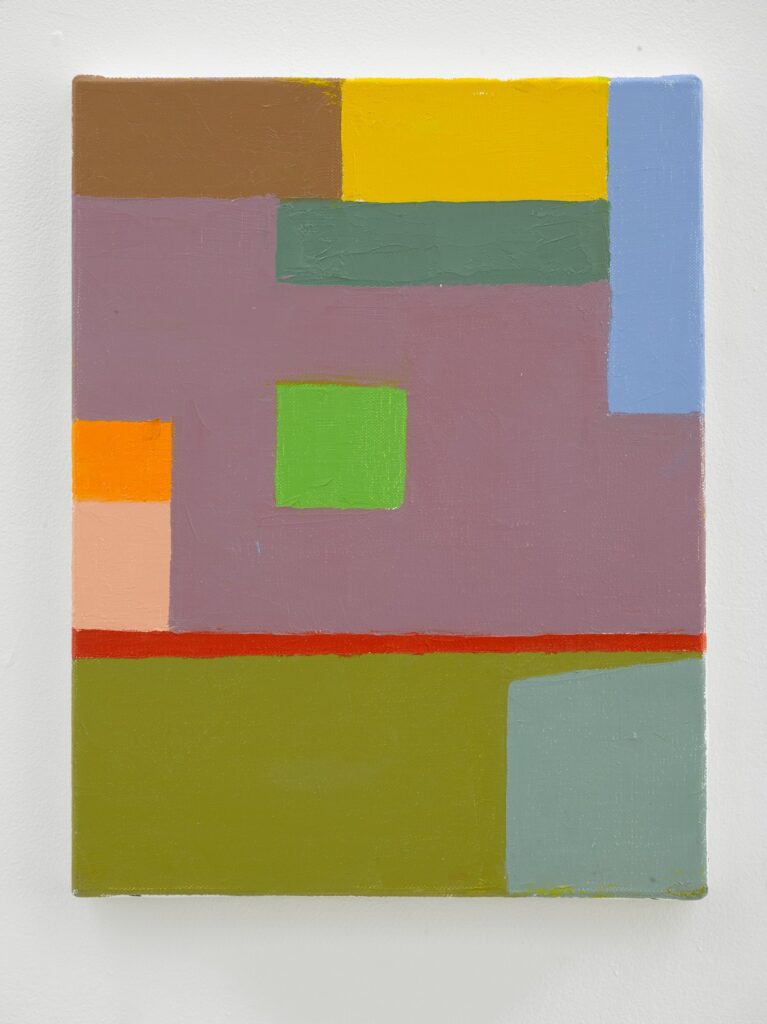 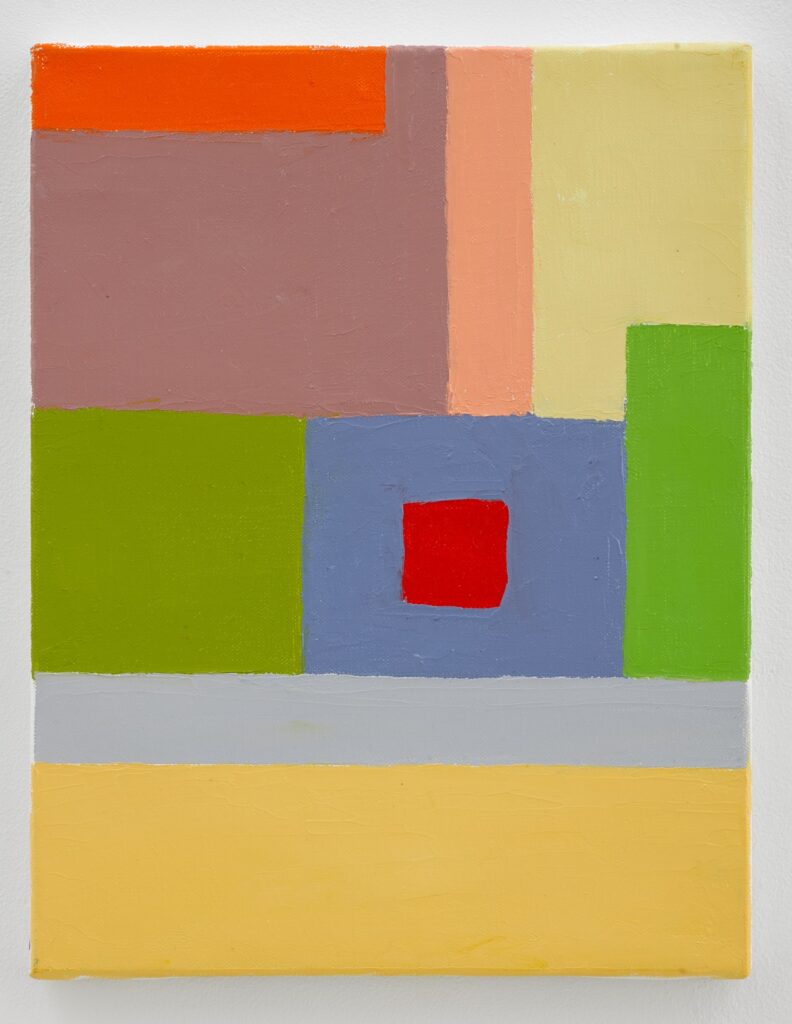 She painted in oil paint with the canvas laid on a table, using a palette knife to apply the paint in firm swipes across the surface. During her time in Sausalito, Adnan began to focus on the surrounding landscape, in particular Mount Tamalpais which was visible from the windows of her home. For her, the mountain became an immutable reference point which she drew incessantly, capturing its ever changing moods and dynamic at different times of day, in all seasons. This series culminated with her 1986 book, Journey to Mount Tamalpais, a meditation on the relationship between nature and art.

Alongside painting, Adnan continued to make leporellos, pocket-sized books that unfold to several metres long, like a scroll, and also tapestries which translate the vivid colours of her paintings into wool. The leporellos combine verbal and visual observation and are lavishly illustrated, filled with landscapes and transcriptions of Arab poetry by writers including Mahmoud Darwish and Yusuf al-Khal as well as Adnan’s own writing. 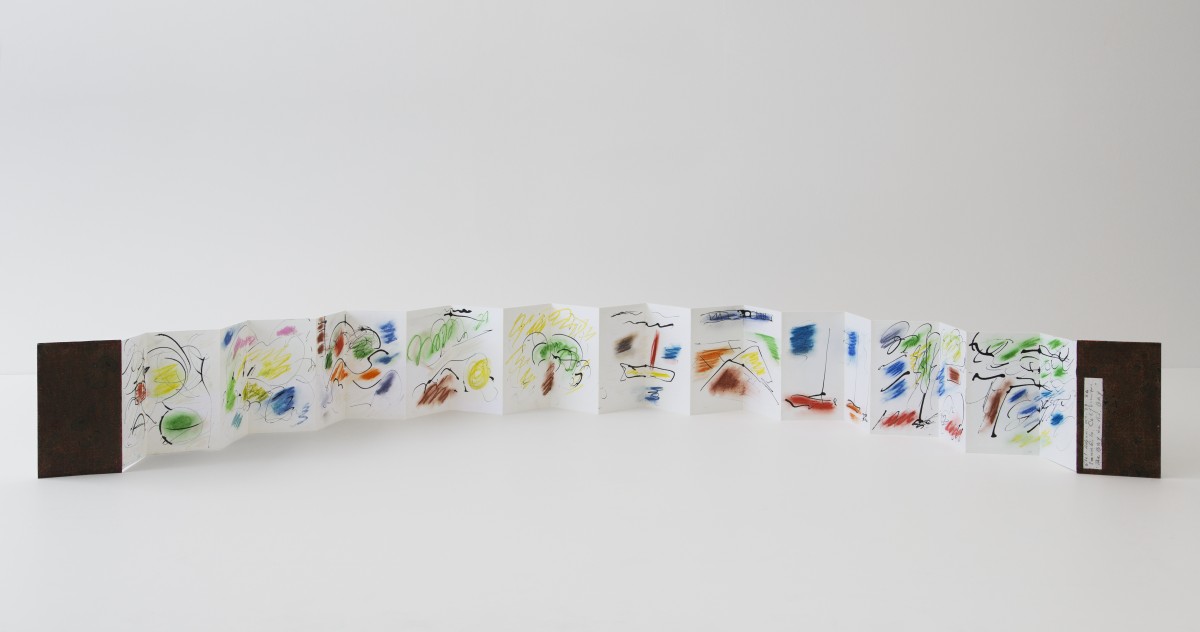 Adnan’s later work was painted from memory, featuring landscapes distilled into their definitive features: like after-images of an experience that remains particularly vivid. Horizon and sky are represented as square masses or triangular, pyramidal shapes in thick, undiluted colours. Floating circular shapes rendered in yellow, orange or green and bands of pure colour suggest sun, sea or sand, and recall the shadows and light of her childhood in Beirut or the landscapes of California. These works reflect Adnan’s idea of vision as ‘multidimensional and simultaneous’, a meeting place for many images, coalesced into one sensorial experience. 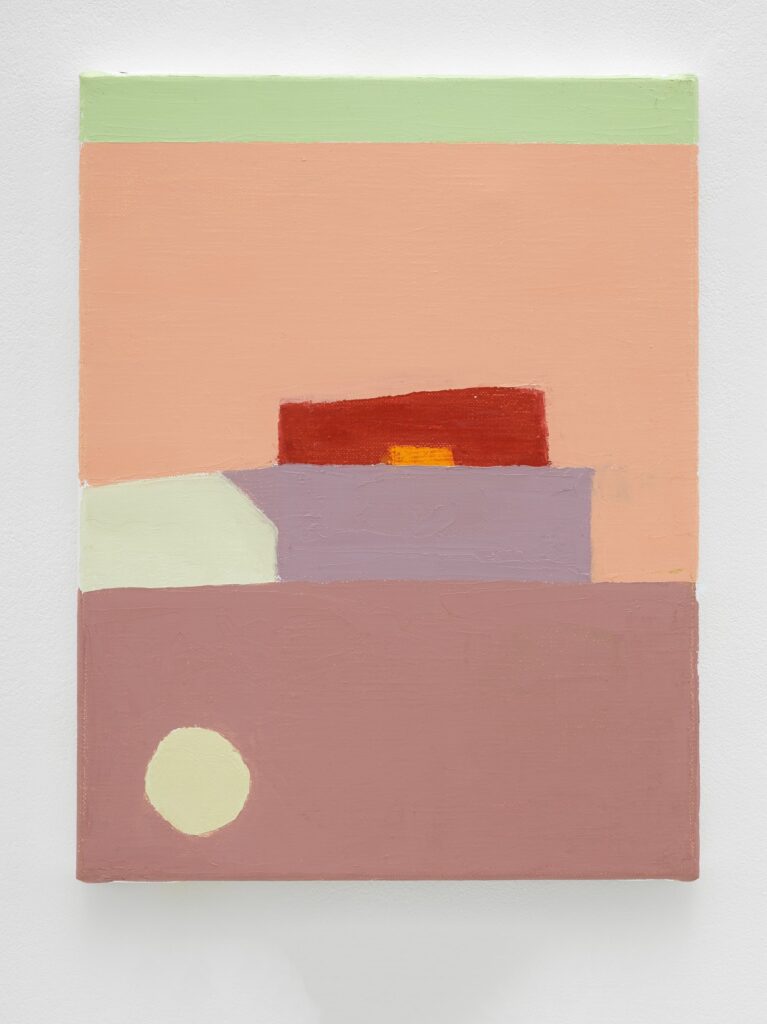 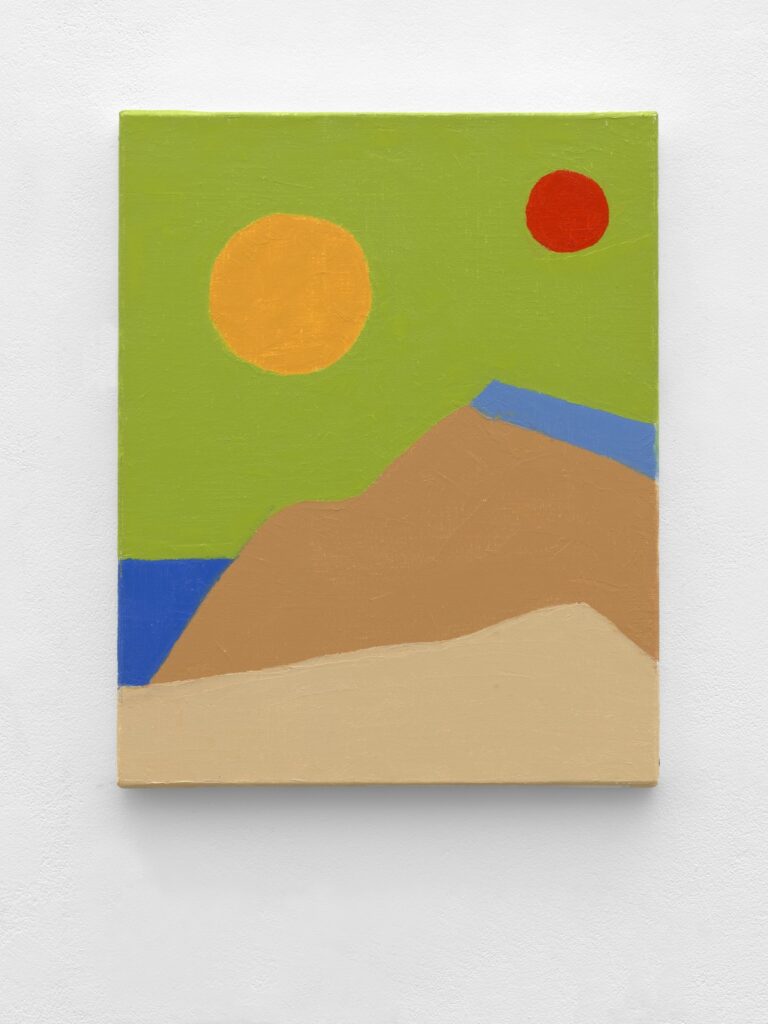 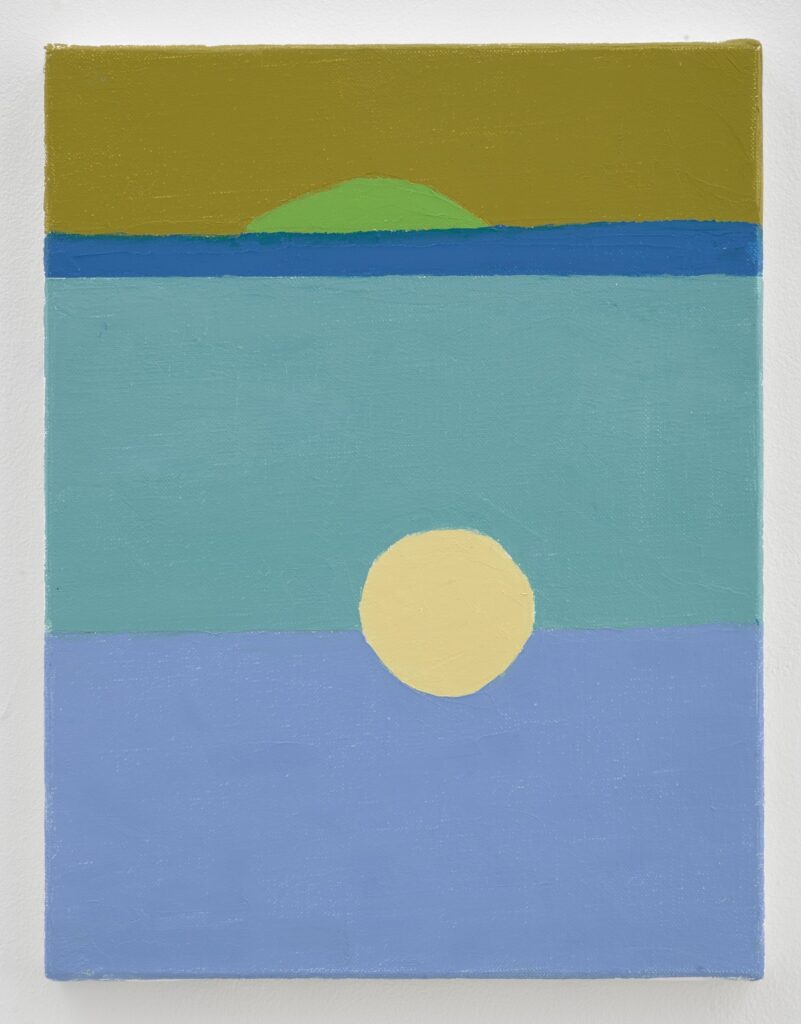 Adnan’s latest exhibitions is now on view in the Guggenheim Museum. Light’s New Measure features artwork that noted for their rich convergence of cultural influences, Adnan’s paintings, tapestries, and works on paper reflect her faith in the human spirit and the beauty of the natural world. The exhibition is on view through  January 10, 2022.