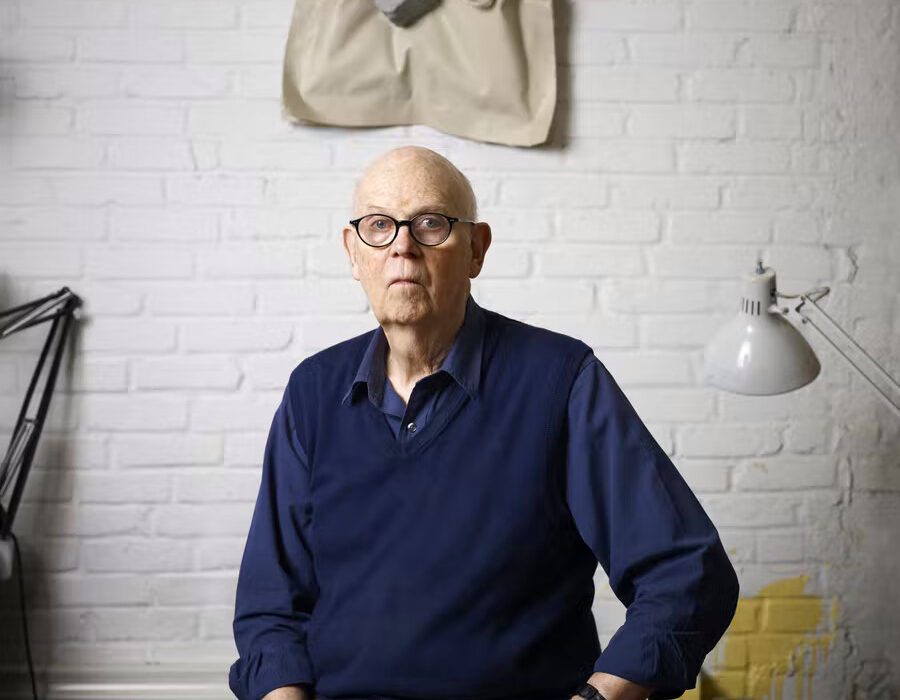 The Swedish born artist, Claes Oldenburg (1927- 2022), began as a painter and performance artist before he phathomed with materials and forms that took him to sculpture. As a matter of fact, his early ideas on monumental sculpture were first conceived as a series of drawings andwatercolours that he called Colossal Monuments.

Despite Oldenburg´s Art being classified as Pop art; a detour defined his own personal style: reproduction was replaced by monumental.

1. Claes Oldenburg is best known for his large-scale public sculptures, but you probably didn’t know he started as a painter and performance artist. In fact, some art historians and critics has named it as a “Sculptor who moves between performance and graphic art”

2. Oldenburg treats his work as a totality in which key themes and motifs interweave in a variety of media. He has made a radical contribution to the history of sculpture by rethinking its materials, forms, and subject matter.

2.1. Both his performances and paintings are closely related with his work in sculptures as we are about to see.

3. When he moved to New York in 1956, he became fascinated with the street life: store windows, neon lights, grafitti, and even trash. It was the sculptural possibilities of these objects that led to a shift in interest from painting to sculpture.

4. Actually, his early ideas on monumental sculpture were first conceived as a series of drawings and watercolours that he called Colossal Monuments, and many of them remained unbuilt.

5. Around the 60s, he created The Store, a collection of painted plaster copies of food, clothing, jewelry, and other items, with which he started exploring materials, scale, forms, etc.

6. At the same time, he began creating a series of happenings for which he created giant objects made of cloth stuffed with paper or rags. Later on, he mixed his work with The Store and his happenings, and exhibited huge canvas-covered, foam-rubber sculptures of an ice-cream cone, a hamburger and a slice of cake.

7. That is how he began with his very famous soft sculptures: by translating the medium of sculpture from hard to soft, Oldenburg collapsed solid surfaces into limp, deflated objects that were subject to gravity and chance.

8. Oldenburg was more interested in banal products of consumer and everyday life, in part influenced by the statements of happening and his life in NY, which led him to be considered as an iconic artist of the Pop-art movement.

9. Since the 80s, Oldenburg started working on commissions for public spaces or institutions. Some of his most popular sculptures were made around this time, such as Spoonbridge and Cherry, Dropped Cone, Mistos (Match Cover) and Shuttlecocks, among others. All of these sculptures were made in collaboration with independent critic and curator Coosje van Bruggen

10. His work often disrupts the functionality of common objects—challenging our perceptions and unsettling our routines.Noted for their exaggerated scale, bold colors, and daring playfulness, Oldenburg’s sculptures stand out as a provocative mix of the ubiquitous and the unruly.