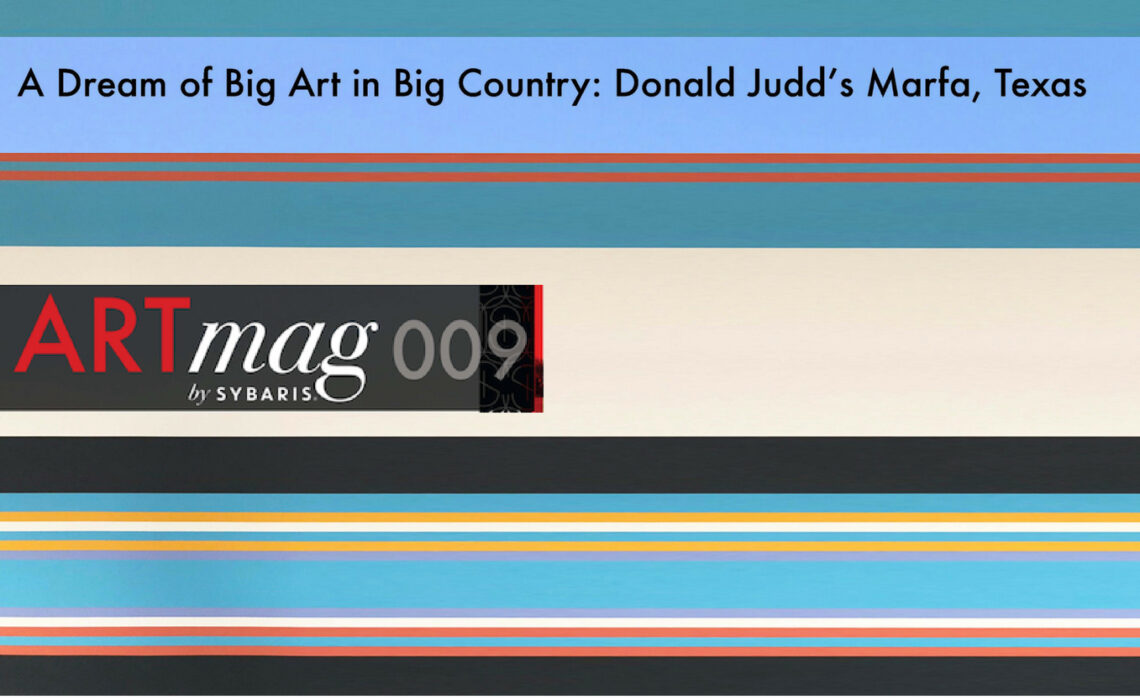 It is predictable to begin with the oddity of Marfa, Texas; to describe how trendy city-dwellers flock to this remote location to discover minimalist installation art championed by Donald Judd in the 1970’s. But it may be more sensible to consider the combination of open spaces, of natural beauty, and the melding of this starkly-different pair of sights.

The Birth of Marfa, aka Why Marfa?

Many have wondered why New York artist Donald Judd chose this place—a deserted United States Army facility, used previously for pilot training in WWII. He rode in on the coattails of ranchers who established an attractive community in the late 19th century, but whose population had dwindled like many rural communities in the United States, thanks to the modernization of farming practices (and that of warfare, with the decline of the military cavalry) and exacerbated by mid-century droughts.

There is spectacular beauty in the Chinati mountains, which are filled with volcanic rock formations and had been filled with silver mines in the 1800’s. The stark openness was likely seen as a vast blank canvas for Donald Judd and provided all the space needed for the large works of art he wanted to create there. The location is truly remote due to distance from any metropolitan area and harsh environment (nearly treeless, Chinati Mountains State Park is filled with cactus, native grasses and hardy shrubs and brush). Further, the established community was decidedly rural, agricultural, and not home to artists, giving him carte blanche to create his works uninhibited.

Beginning as a painter and later transitioning to work in three dimensions, Donald Judd wrote in his 1964 essay Specific Objects, that “The disinterest in painting and sculpture is a disinterest in doing it again, not in it as it is being done by those who developed the last advanced versions. New work always involves objections to the old, but these objections are really relevant only to the new. They are part of it.” 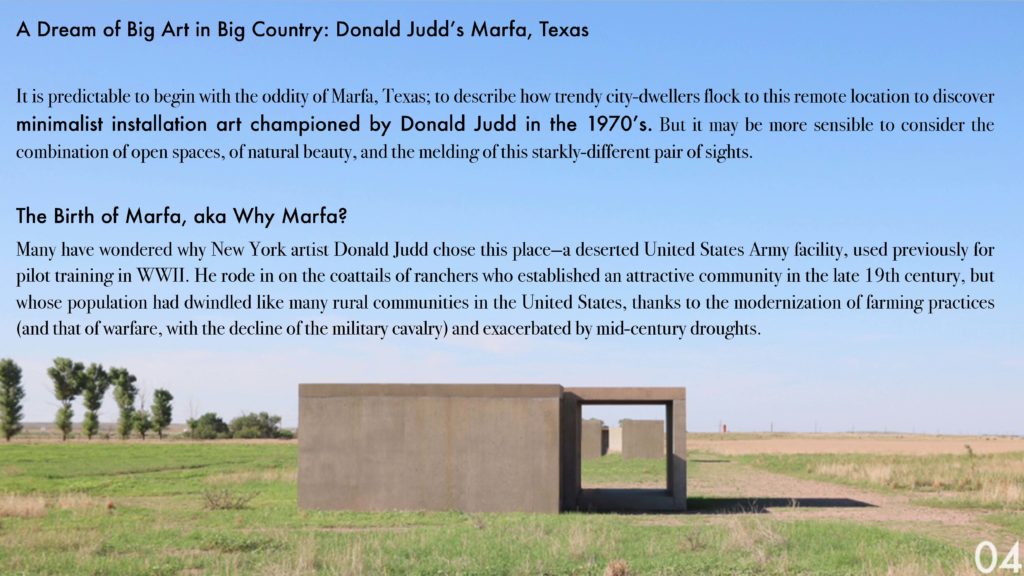 The Growth of Marfa, aka Still Marfa?

In his statement upon establishing the Chinati Foundation, Judd said “The best is that which remains where it was painted, placed or built. Most of the art of the past that could be moved was taken by conquerors.” Judd not only filled the town and surrounding Marfa with his own works, but also began to populate the landscape with works from other artists whom he liked and admired. In the 1970s Judd began to consider his legacy and went so far as to establish the principles of Judd Foundation. In a 1977 essay he wrote “The purpose of the foundation is to preserve my work and that of others and to preserve this work in spaces I consider appropriate for it. This eff ort has been a concern second only to the invention of my work. And gradually the two concerns have joined and both tend toward architecture.”

The large-scale, permanent collections could not be moved (“conquered”) and could stand as monuments as art outside of galleries or museums. The sheer space of Marfa gave free rein and freedom to other artists to create works which could be seen for what they were, stripped of backgrounds and curators’ approval (or disapproval) and appreciated for their simplicity and statements. With the support of the Dia Art Foundation, and even the residents themselves, the town of Marfa became a mecca for minimalist and installation artists.

The Persistence of Marfa, aka What Makes Marfa So Special?

After Judd died, the town seemed to fade. In his last ten years, Judd had been at odds with the Dia Art Foundation, which had previously provided millions of dollars in support for his dream. After the dust faded, very little money was left, but two organizations continued to champion art: The Judd Foundation and Chinati Foundation, which worked to bring Judd-esque artists in, from those who had been part of Judd’s artistic circle, as well as emerging artists who share similar styles and vision as the forefather himself. Today, the Judd Foundation is supported by revenue from ticket sales for guided, gifts from individual donors, and foundation grants.  The endowment provides general operations in support of the mission: to maintain and preserve the permanently installed spaces. 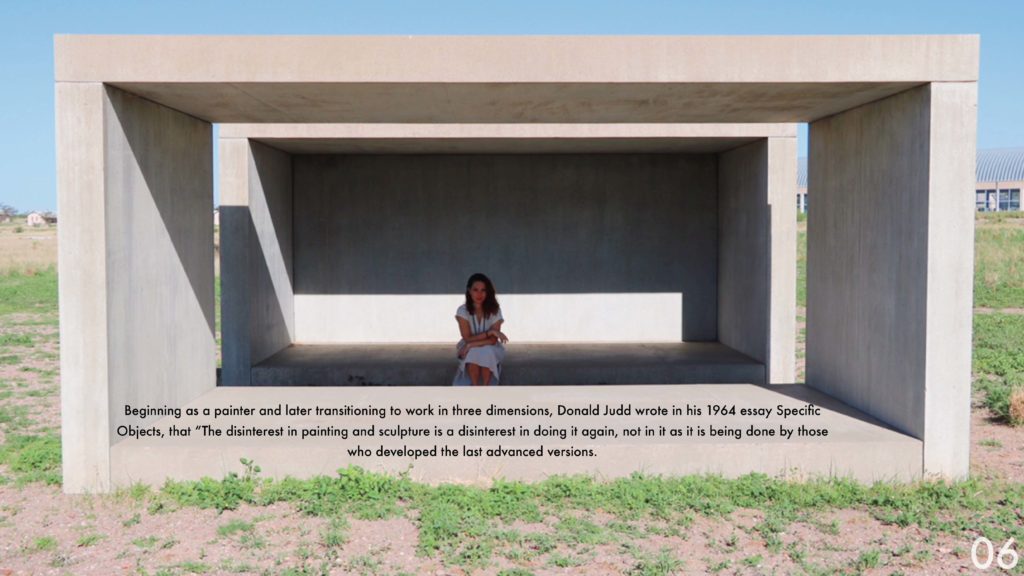 The Works of Marfa, What Art Installations to See in Marfa

Judd’s installation art—pieces which could not be moved or sold—were part of the original plan for Marfa. Large scale installation works seem perfectly suited for the wide-open space of West Texas, where “everything is big in Texas.” In fact, it takes impressive works of art to compete with the vast prairie and blue skies for visitors’ attention. The works found in Marfa allow visitors to question their own impact on the world, standing in a space which seems to dominate time and installations which, although large, are kept in check by nature’s own artistry. Marfa’s installations demand attention from sightseers, whose senses are overwhelmed by the balance of space and art.

The Future of Marfa, aka a New Art Market?

Marfa is…Creativity. In a world filled with art markets competing against one another in large cities across the world, Marfa stands as a testament to man’s creative presence within the artistic nature of…nature. The combination of the two are hardly seen anywhere like in the desert town of Marfa. Marfa as a mini-world of art has expanded to include food, social activities, and the sheer openness which inspires artists of all style, including music and film. Judd’s work and efforts in developing permanent spaces for art has always been distinct from, and often in opposition, to museums, with an artist’s vision and not an institutional vision.

The distinct differences between the “regular” Marfa-ites and those who promote and “breathe” art in Marfa seem to keep the balance of two worlds. They live (generally) in harmony, coexisting and even collaborating in the town’s success. Perhaps what made Marfa attractive to Donald Judd, what drew him from the urban world of NYC (and other bustling diverse metropolitan areas), remains, subsidized by cowboys, farmers, and small-town residents who appreciate and want to preserve what makes rural America different. Visitors to Marfa are drawn to this unique society, with its eclectic mix of rough and refinement. The world needs Marfa and Marfa needs the world to continue its curiosity.