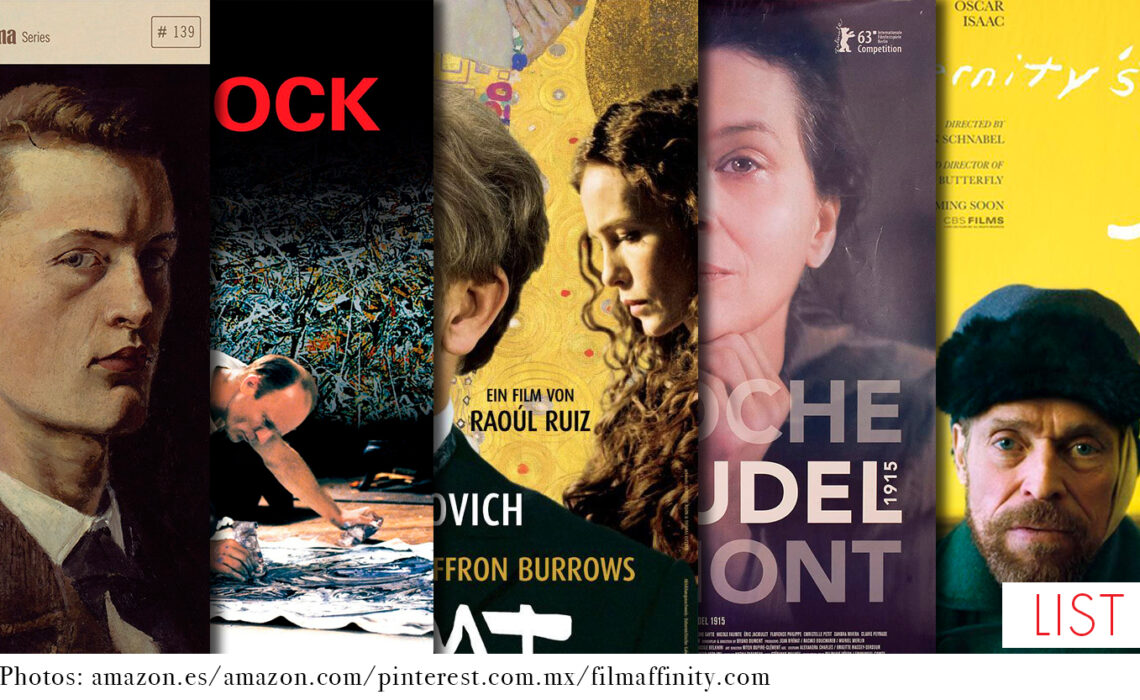 The relationship between art and cinema has resulted in very attractive films. We selected 5 film titles about relevant classical artists. We take into account the importance of the character and his legacy in art, but also the aesthetic quality of films and their influence on cinema. We order them according to their year of appearance.

Peter Watkins has dedicated his life to studying how audiovisual media, specifically television, works. In this film the English director synthesizes his interests in editing by making a kind of docudrama that covers around 30 years of life for the Norwegian artist. Thought as a three-hour series, the film reflects on both Munch’s work and concepts of cinematographic language such as time, meaning through the juxtaposition of images and texture. It was released at the Cannes Film Festival in 1976.

Directed and performed by Ed Harris, Pollock stops at one of the American artist’s most hectic times: when she becomes the first modern artist while living a tormented romance. The film magnificently demonstrates Pollock’s work process, his technical prowess, and his ability to expand the aesthetic limits of art. She was nominated for two Oscars in 2000.

Raúl Ruiz is one of the references of contemporary cinema. His films are authentic treatises on the cinematographic language that are rewritten as if they were an endless project. Klimt exposes – through a montage product of space-time jumps – the moment in which the Austrian artist is about to die and remembers his best moments as an artist, his love encounters and his relationship with George Méliès. The temporal narrative resources slide in this film (one of the last ones that the Chilean director recorded) with the same beauty as a line made by the painter born in Baumgarten in 1862 and died in Alsergrund in 1918. It can be seen on Filminlatino.

Performed by Juliette Binoche and directed by Bruno Dumont, the film portrays the year that Claudel is admitted to an asylum in southern France. Dumont shows Claudel’s madness while dissecting her sadness at being away from art through a montage rhythm that is accompanied by the feelings of the protagonist. The tape was recorded in a real madhouse, where Binoche had to live with mental patients who were not actors. It can be seen on Filminlatino. https://www.filminlatino.mx/pelicula/camille-claudel

Julian Schnabel has known how to transfer his artistic interests to the cinema like few people. This is demonstrated by his films Basquiat, The Diving Bell and the Butterfly and his recent Van Gogh, starred by Willem Dafoe. We are on the threshold of the twentieth century. Van Gogh tries to reconcile his aesthetic obsessions with insanity. The landscapes, the scenography and the stupendous performances make this film a fundamental document to understand the life and work of one of the referents of art history. It can be seen on Amazon Prime.