The most recent issue of Art Mag addresses the challenges art must face in the wake of the pandemic that took place in 2020. We make a comparison between the art of last year and that of this year. Likewise, we have an interview with the artist Pablo Helguera, about the role that artists should take during this quarantine.

We are also published our Digital Still Life section, a space for artists to take our pages and spread their creative power. Our Art Value Report analyzes the works of Leonora Carrington, one of the most important surrealist artists in the world.

BUY MAGAZINE
OUR VERSUS IN THIS ISSUE aims to compare some statistics and events in the art world between 2019 and 2020, taking as a reference the first quarter of each year. We focus on museums, fairs, auctions and some initiatives. The outlook seems daunting, but the art world has demonstrated its ability to overcome obstacles during various crises. What awaits us as collectors, artists, curators, people related to the art market and museum visitors when we return to the new normality?
Museums
There are more than 160,000 cultural spaces in the world that hold exhibitions throughout the year and in only 12 of the richest countries – which are part of the Organization for Economic Cooperation and Development (OECD) – there are 150,000.
In the first quarter of 2019, nearly 61 exhibitions were opened around the world, including Rembrandt (Rijksmuseum), Miró (MoMA), Yayoi Kusama (Yayoi Kusama Museum) and Leonardo Da Vinci (The Queen’s Gallery, Buckingham Palace). During this time, the Muzeum Susch in Susch, the Centre Pompidou in Shanghai, the Shed in New York, the National Museum of Qatar in Doha, the Bauhaus-Museum Weimar in Weimar and the Academy Museum Of Motion Arts in California were inaugurated. So far, nothing new.
In contrast, in 2020 very ambitious exhibitions are scheduled to open – among others, Christo and Jean Claude at the Centre Pompidou in Paris ( July 1); Masterpieces from the National Gallery, London at The National Museum Western Art in Tokyo (March 3); Marina Abramovic: After Life at the Royal Academy of Art. 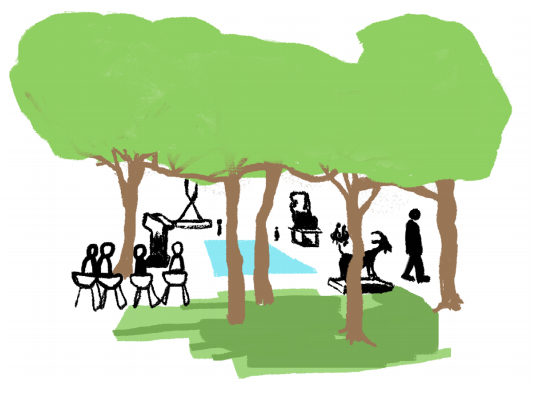 in London (September 26) and The Torlonia Marbles: Collecting Masterpieces at the Musei Capitolini (September 9) – the outcome of which is, to say the least, demoralizing: while the first two were postponed, the others are debating their opening date amid rumours of a new quarantine or changes in the format of museum visits: it has even been said that the premises would only allow a limited number of visitors, thus ending (at least partially) the blockbuster phenomenon that has been so popular in recent years.
As expected, some important exhibitions had to be cancelled, such as Van Eyck: An Optical Revolution at the MSK Museum voor Schone Kunsten Gent. Curated to be for the first and only time the exhibition that would bring together the most fragile paintings of the Flemish master, the museum announced that the pieces will be returned to their original venue, the St. Bravo Cathedral in Ghent. For its part, the Huron Lightship Museum also closed its most recent exhibition three days before the global announcement of the pandemic.
Regarding the openings, the He Art Museum in Beijiao New Town, the X Museum in Beijing, the Albertina Modern in Viena and The Momentary in Arkansas could not conclude their first exhibition. More discouraging events? The Philadelphia Art Museum had to suspend its extension because one of its workers confirmed that he was ill with Covid-19, and there is still no date for resuming the project. If the picture is grey for the museums, it is totally black for their workers: the Metropolitan Museum of Art in New York fired 81 of its employees; the Whitney reached 2 million 184 thousand visits and 1 million 969 thousand 852 new users since March. Will we soon have a media scandal about the misuse of data by some perverse museum to sell it to ethically pliant brands?Fairs 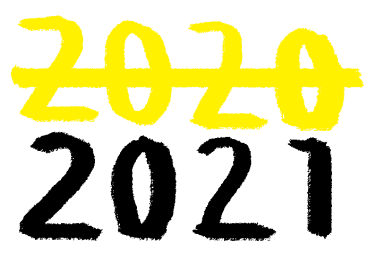 There are more than 60 fairs taking place around the world and, according to the UBS Art Basel report, since 2000 the fairs have grown by 300%. One of the most important is the Venice Biennale, which in its 58th edition combined the Giardini and Arsenale gardens, spaces where 79 artists set up 29 pavilions. The changes caused by the pandemic have modified the calendar significantly: the next edition of the great celebration in Italy was rescheduled for 2022, while Art Basel changed its dates to the end of September. ArteBA managed to consolInitiatives 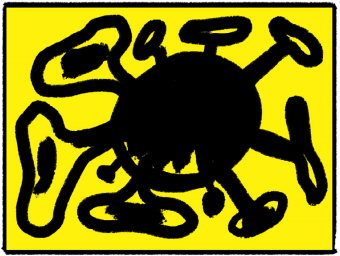 Although the panorama might resemble a long, dark, deep black canvas by Rothko, the colors can still be seen as in the luminous cracks by Carlos Cruz Diez. Covid Art Museum, an initiative created by three Spanish publicists (Irene Lorca, Emma Calvo and José Guerrero), seeks to document the artistic testimony during the pandemic through a museum since the application of Instagram.
It is clear that the word “Covid” is the most searched word on the Internet in 2020. But it is surprising to find that many visual projects are associated with this word. Covid Ars Project is an Instagram account that promotes the creativity of users with different disciplines who share their work. Maurizio Cattelan (Padua, 1960) and the New Museum (New York) convened the reading program, Bedtimes Stories. It is a project that brings together personalities such as David Byrne, Tacita Dean, Abraham Cruzvillegas, Minerva Cuevas, Cally Spooner and Andra Ursuta, to mention a few, to read an excerpt from their favourite book during the emergency. Art has known how to move to try new paths in the face of adversity. However, the most difficult moments seem to be still to come.