Artivism it isn’t a new concept for art neither for the world. But our times—in the midst of a pandemic, economical and political crisis, and many more—demands to expand our panorama and think beyond the common: if it is not through art, what then?

Our November Issue reflects about the possibilities for art to impact in reality and achieve real changes in the world. You will find a special infographie with 10 of the most important works on activism art, a dictionary to introduce you to key concepts about artivism, among other exclusive articles.

We are also published our Digital Still Life section, a space for artists to take our pages and spread their creative power. Our Art Value Report is an ultimate guide to buying sculptures and analyzes pieces from 1 to 10 million USD. 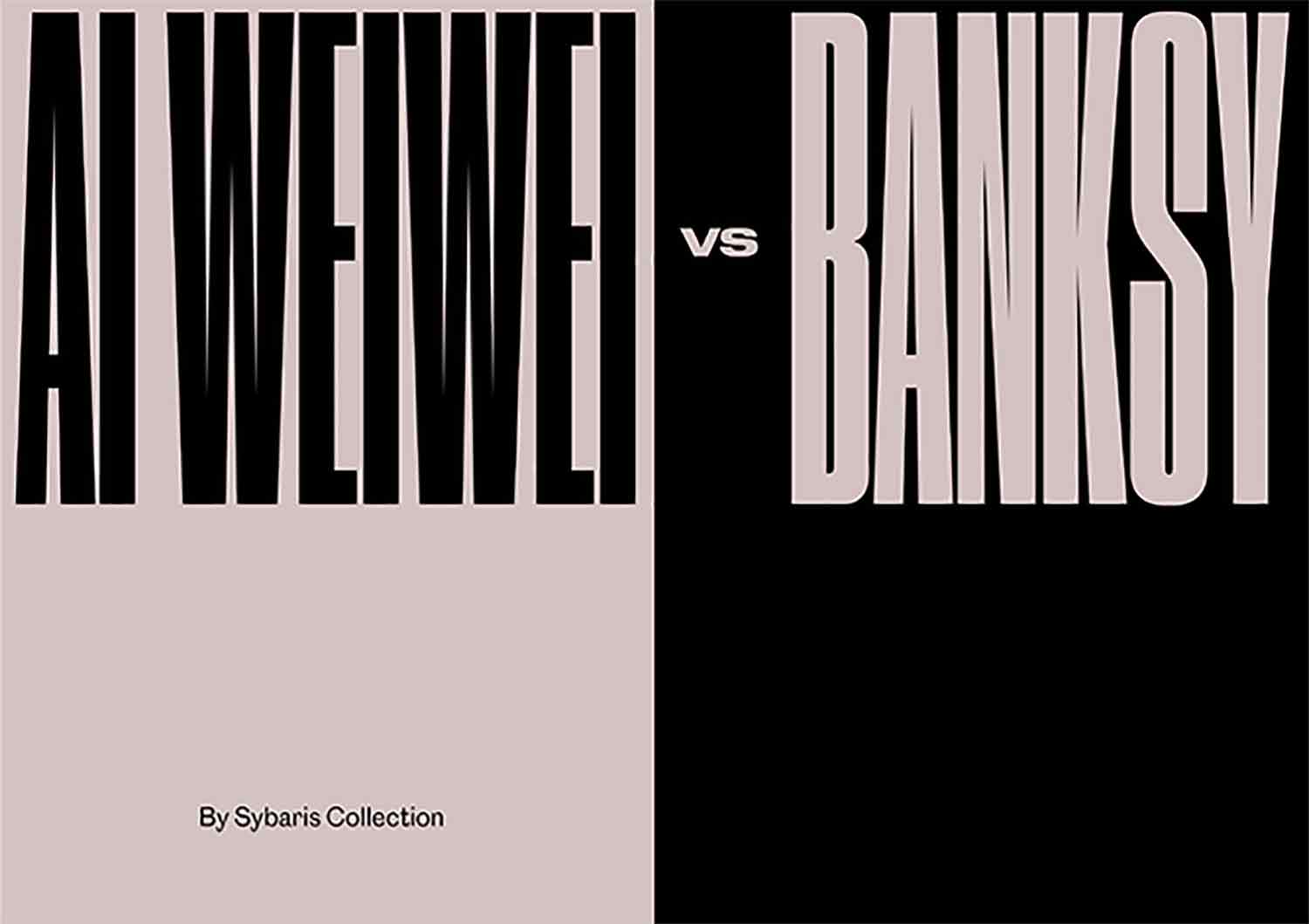 In 2013 Ai Weiwei synthesized his artistic purposes in the name of an exhibition: Everything is art. Everything is politics. Like many artists who dedicate hiswork to activism and politics, Ai Weiwei grew up in a hostile environment where the safety and freedom of expression of citizens were at risk. Born in 1957 in Beijing during the Chinese Cultural Revolution, Ai Weiwei was in exile from an early age. He returned to Beijing in 1976, after the death of Mao Zedong.

He studied film and animation at the Beijing Film Academy, hence his current interest in moving images: just this 2020 he released a documentary at the Ambulante Festival that explores the loneliness and tragedy of families who lost one of the its members -all of them Ayotzinapa students- in 2014 at the hands of the Mexican State. Although he began his artistic activity in the 70s, at the beginning of the 21st century he achieved world fame, after a stay in the US in the 90s.

Unlike Banksy, Ai Weiwei’s activism is unsympathetic. Between 1995 and 2003 he took a tour of some of the most iconic monuments in the world’s most popular cities. In each of them he took a photo pointing the middle finger of his hand to the monument. Ai Weiwei’s activism roams between the street and the museum. Using an old resource of contemporary art, at the beginning of this century he used his own image to denounce the imprisonment he suffered in his native country after investigating the number of victims left by the Sichuan earthquake in 2008 and whose figures were altered by the government of China. The works recreate the cell in which Ai Weiwei was held for allegedly committing economic crimes. In them you can see two guards who watch him permanently, even in the most private spaces, such as the bathroom.

He is currently an extremely popular artist who attracts both the public eye and the media. His artistic work seems to focus on the cinema and the denunciation, in the manner of a journalist or a social researcher.

Banksy is the other side of the coin. Although his identity is still an enigma, it is known that he was born in the UK in the 1970s: some researchers have speculated that the man hiding under the hoodie is Robin Gunningham, from the Cathedral School from Bristol. Previously, rumors said he was Robert del Naja, leader of Massive Attack, or Jamie Hewlett, cartoonist and designer close to the Gorillaz band. In his own way, Banksy has used his figure to create a halo around him.

In an interview with the newspaper El País Alex Branczik – Sotheby’s contemporary art director – says, “Art has always been a reflection of contemporary society, but great works have a timeless relevance, especially if they manage to discover human nature. Banksy is one of the great polemicists of our time, and has established his position in the venerable history of political parody, alongside Goya, Hogarth or Daumier. He is a modern-age Voltaire, and faces the urgent debates of today with caustic wit and scathing satire. His visual irony distills the most complicated political situations into a single image, simple and easily shareable in this age of social media. ”

Goya, Hogarth, Voltaire? The comment is due to the fact that the auction house has achieved spectacular sales with the works of Banksy. Unlike Ai Weiwei, Banksy seems to have grown up in an idyllic environment. His works are also in keeping with the pop style of the time: they are replicable and can even decorate any office to give it a chic touch.

Banksy reached one of its highest points in October 2008 when Sotheby’s sold the painting Girl with a Balloon. A few moments after the hammer that sealed the sale was heard, a mechanism inside the box was activated that began its self-destruction. The image swept through social media at the speed of light. And the gesture was imitated by all kinds of brands.

This same year, Banksy financed a boat to pick up immigrants and take them ashore. This time the news did not reach the speed of light, but probably the speed of sound. The questions that arise from this action are, yes, more stimulating: Is it an artistic action or a social action? If Banksy hadn’t given money, would the news be just as relevant?