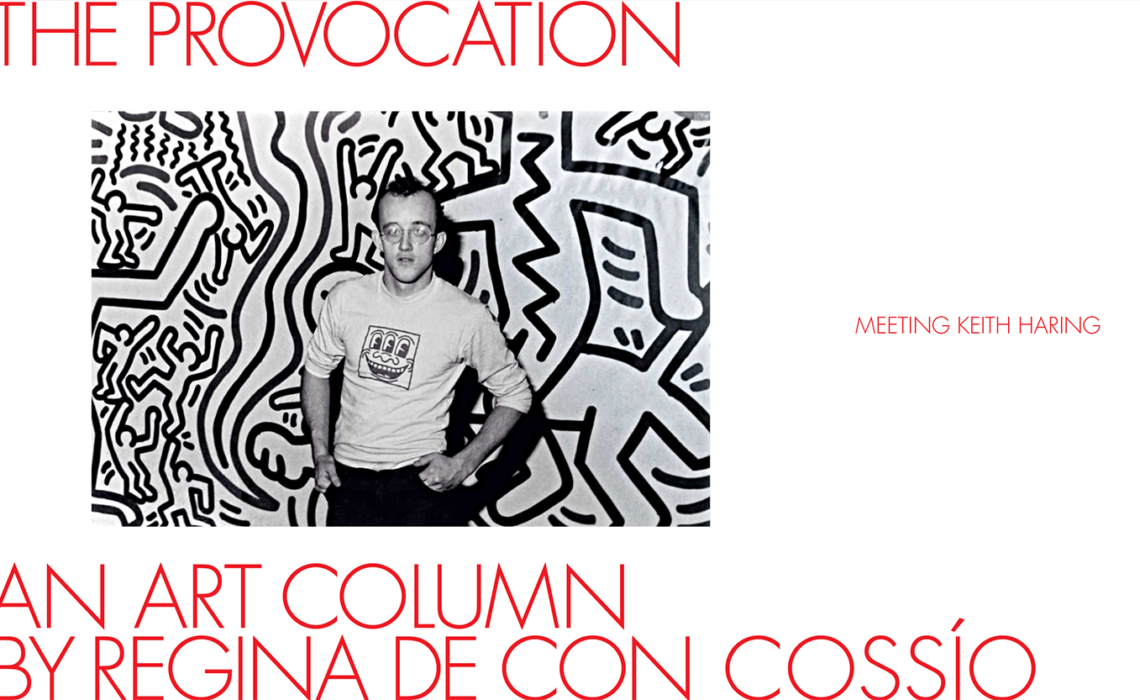 As I am contemplating a painting by Keith Haring hanging on my wall, I remember what the artist once said: “Art should be something that liberates your soul, provokes the imagination, and encourages people to go further.” The street artist who reached out to the world with his simple characters and illustrations, spread a strong and vital social message through his artwork. Looking at his work is like diving into a unique world. To illustrate that, let’s consider the pieces I have in front, on my wall. “The Game” and “Pop Art” are two works on paper and painted with pen markers. Both signed in 1985, they depict scenes full of Haring’s recognizable motifs like the little dancing figures, angels, barking dogs, radiant babies crawling, and angels. The naive impression one gets at first sight with his cartoons and illustrations vanishes easily when facing the vacuum, emptiness and social claims represented in his paintings.

Through his faceless illustrations dispatching social messages and political claims, Haring engages with the underground counterculture he was experiencing in New York in the seventies. Although he represents the world he is living, his artworks go beyond portraying and addressing the historical events of that time. With very simple resources, like lines, silhouettes, and Ancient Egyptian ornaments, he reaches deep existential human concerns.

The pop icon of his era represents and publicizes disputable topics such as war, sexuality, life, and death with his art.

He created a one-of-a-kind symbolic language that is present among  his works, consisting of  a visual alphabet made of illustrations, representing human and social concerns. Images replacing words is his hallmark; through the marriage of semiotics and painting in Haring’s oeuvre, a fusion of the  sonorous and the visual outcomes, and observing becomes a listening experience for the viewer.

A unique presence in New York in the eighties and close to Andy Warhol, Madonna and Jean-Michel Basquiat,  Haring played a key role in the culture back in those days. His disruptive character allowed him to explore the use of surfaces beyond the canvas and to spread his colors in unusual ways.

One- The New Yorker Subway

During the eighties, Haring began painting and drawing with chalk in the subways of New York. People used to gather around him while he was painting, creating a sort of performative environment. His paintings were as famous as, as his arrest for vandalism usually streamed on tv. Haring had an outrageous group of famous friends with whom he collaborated. Among them was super pop-star Madonna, who on December 13th, 1984 performed her iconic Like A Virgin single on BBC1-TV’s Top Of The Pops in London, while wearing a Keith Haring jacket. In his short life, Haring had the most diverse collaborations with Grace Jones. The first time was on July 28th, 1984 at Robert Mapplethorpe’s studio, located at 24 Bond Street. Haring used the 36 year old’s stunning body as canvas and decorated it with tribal patterns. She had just launched “Slave to the Rhythms” with great Billboard rankings and Andy Warhol thought she had the ultimate body for Haring to paint on. 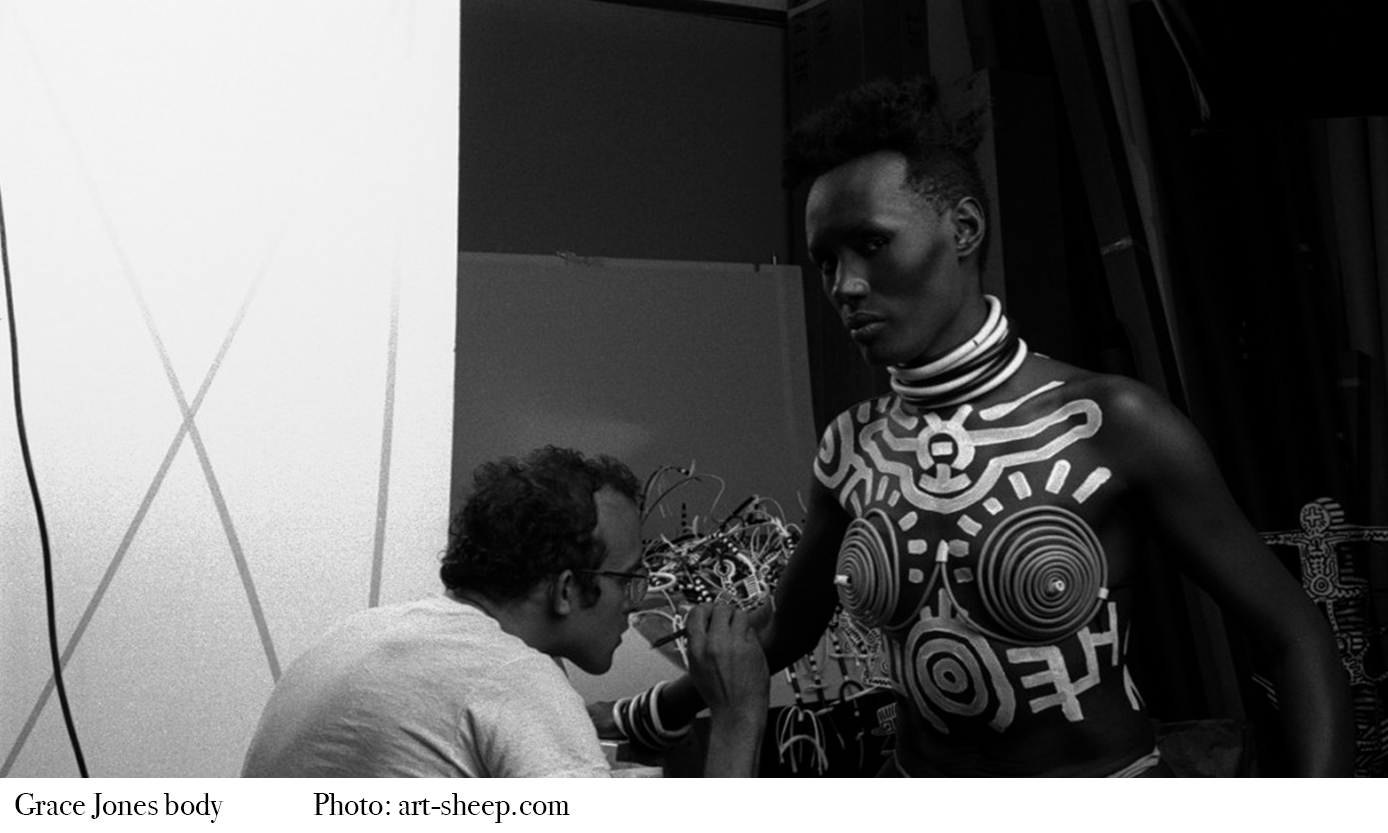 Inspired by the Dancing Rams, Haring designed In 1988 the Mouton Rothschild wines label. 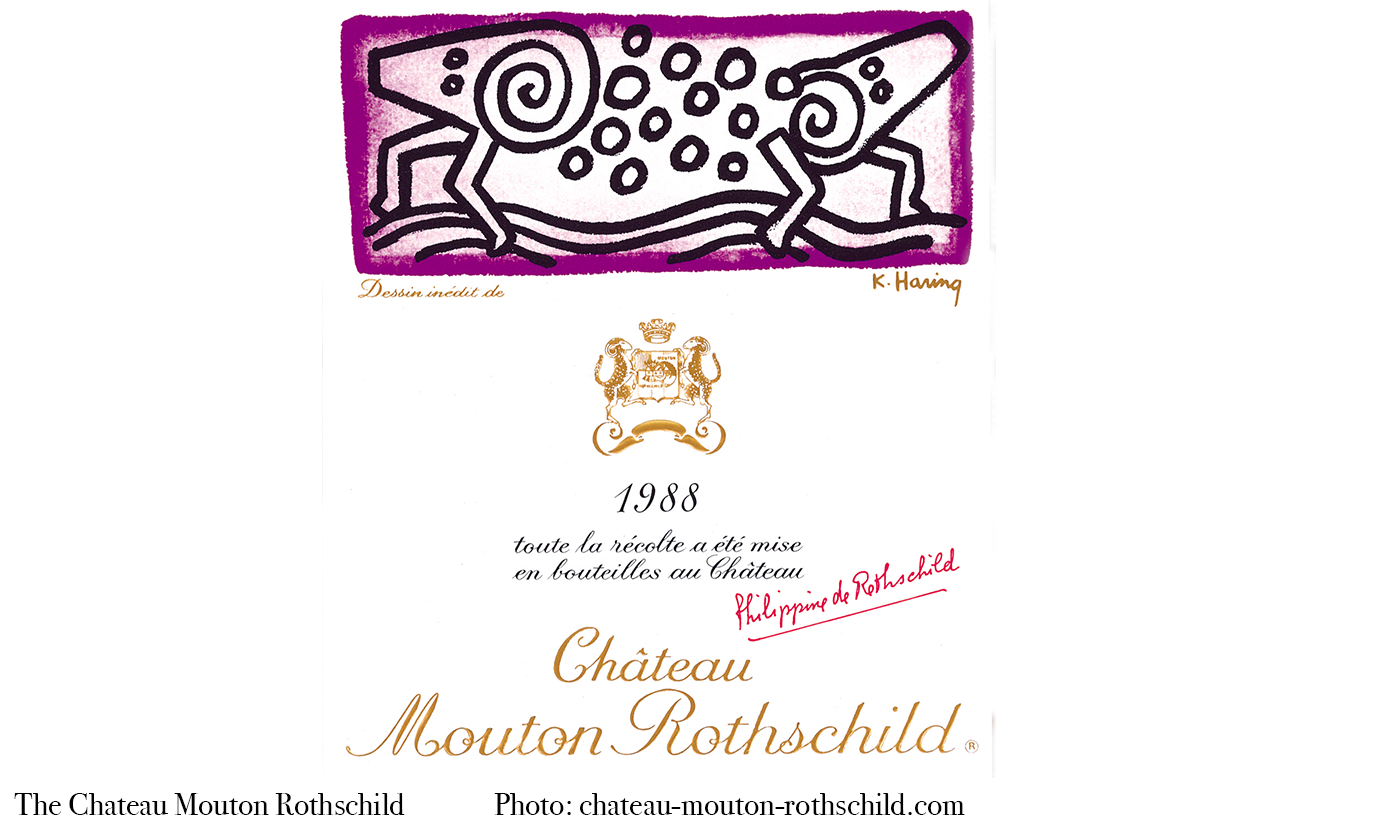 Obliterated in 1991, when the Berlin Wall was demolished,  there are nevertheless documents to back up Keith Haring’s intervention in 1986 of  the 300 meters mural in black, red and yellow created in Berlin at the request of the Checkpoint Charlie Museum. 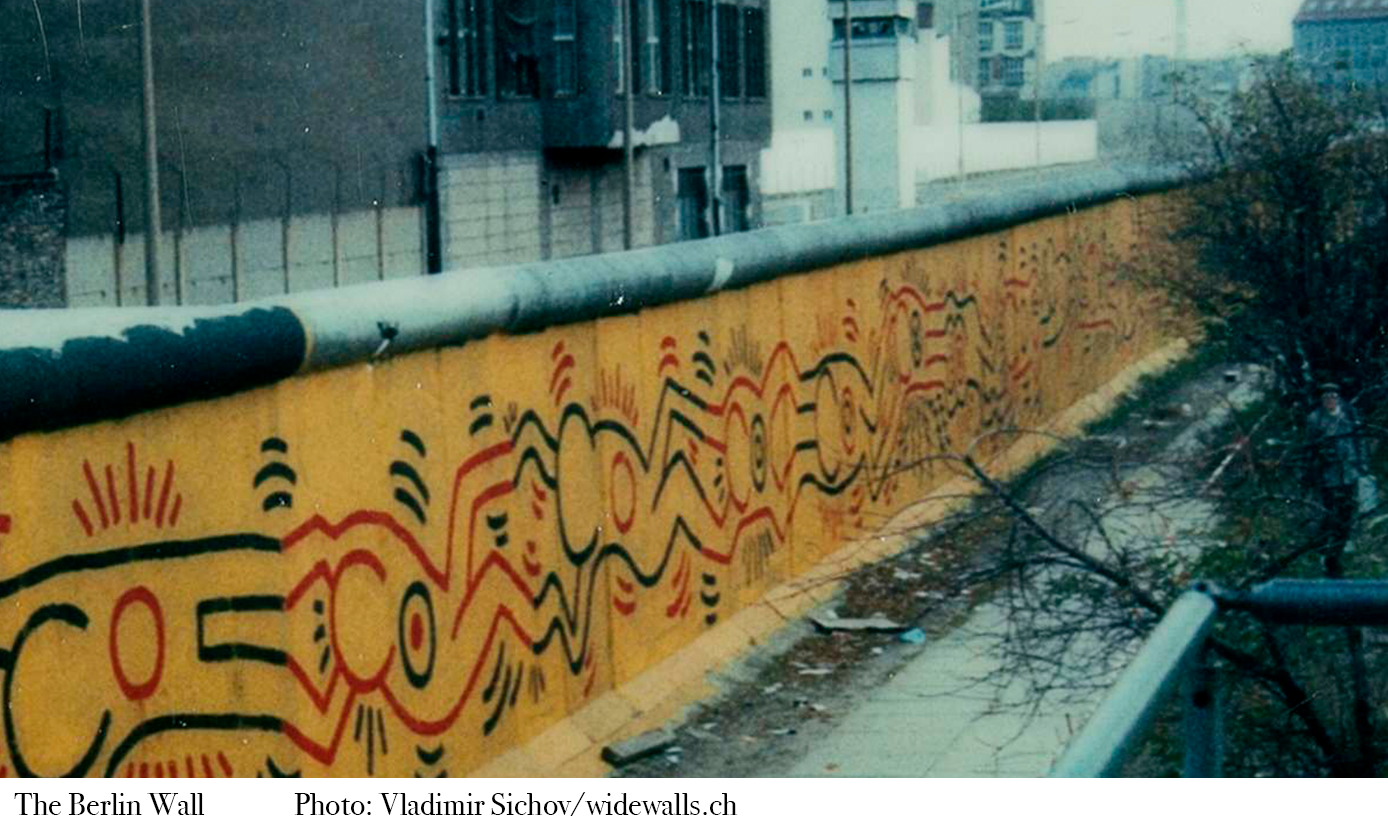 Haring died of AIDS in 1991 at the age of 31. Sexuality and an imaginary referring to the disease were present in his work. Before his death, he collaborated with the United Nations to create a limited edition lithograph series to help raise awareness of the disease.

American artist and social activist, Haring is a child of his generation. His creative imaginary oscillating between music, art and fashion has become a visual Zeitgeist of New York City in the late 20th Century.  His work is currently on viewing at the collections of:

In (1990) at the age of 31, Haring joined the black (infamous)  list of  artists  dying  young, due to AIDS related complications. By then, he had already created an energetic universe that I enjoy observing, for it includes a vital sense of luddism, openness, inclusiveness and likewise highlights elementary drives related to sexuality and infancy.

Haring’s game is one that  I like to play. I think again of the same initial words: “Art should be something that liberates your soul, provokes the imagination, and encourages people to go further.” Shall we not?