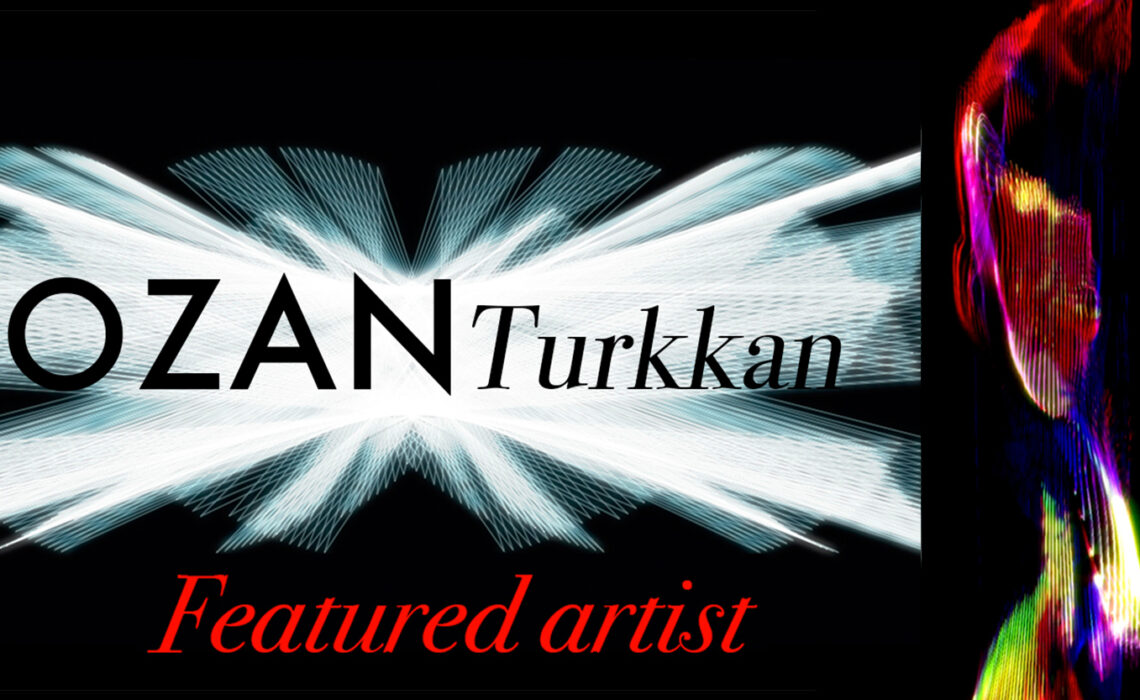 The works of Turkish artist Ozan Turkkan exemplify the blend of art and technology. By combining artistic skill, computer applications and multimedia presentations, Turkkan provides viewers with an immersive experience practically unheard of until recently. By drawing on his multicultural experiences and the variety of cultures he has resided in throughout his lifetime, Turkkan offers a universal understanding of humanity with a focus on entering the subconscious or deeper reality.

A student of art in many locations, Turkkan experimented with multiple art disciplines in Istanbul, Philadelphia, and Salamanca, at the University of Salamanca. He discovered his love for digital media at university, where Turkkan earned his Masters’ degree in Multimedia at BAU (Escola Superior de Disseny) in Barcelona.

Like many art students, Turkkan began his career exhibiting in festivals in Spain, Portugal, and his native Istanbul, including participating in the Punto y Raya Festival in Madrid, a video installation presented at a reception held at Elgiz Museum of Contemporary Art in Istanbul, and his work Fractal Dimensions, which was exhibited at both the Gallery Mitte in Barcelona and the Istanbul Art Platform in Istanbul.

Novelty of his Exhibitions

Turkkan’s works are a breathtaking combination of art and technology, and his virtual reality and interactive works have intrigued visitors wherever they are exhibited. He joins technologies like computer programming, video, and art to create digital installations which draw viewers in with the enticement of touching the screen, although Turkkan admits that children are braver than adults when presented with the possibility.

Turkkan has expanded his works to include both video work and Versions, an arrangement between video and dance, in which he collaborated with choreographer Maria Eugenia Lopez.

Sybaris is proud to feature works of art from this unique artist. Browse our selection of digital prints, which can transform your space with their bold shapes and balance of computer generation and organic colors.