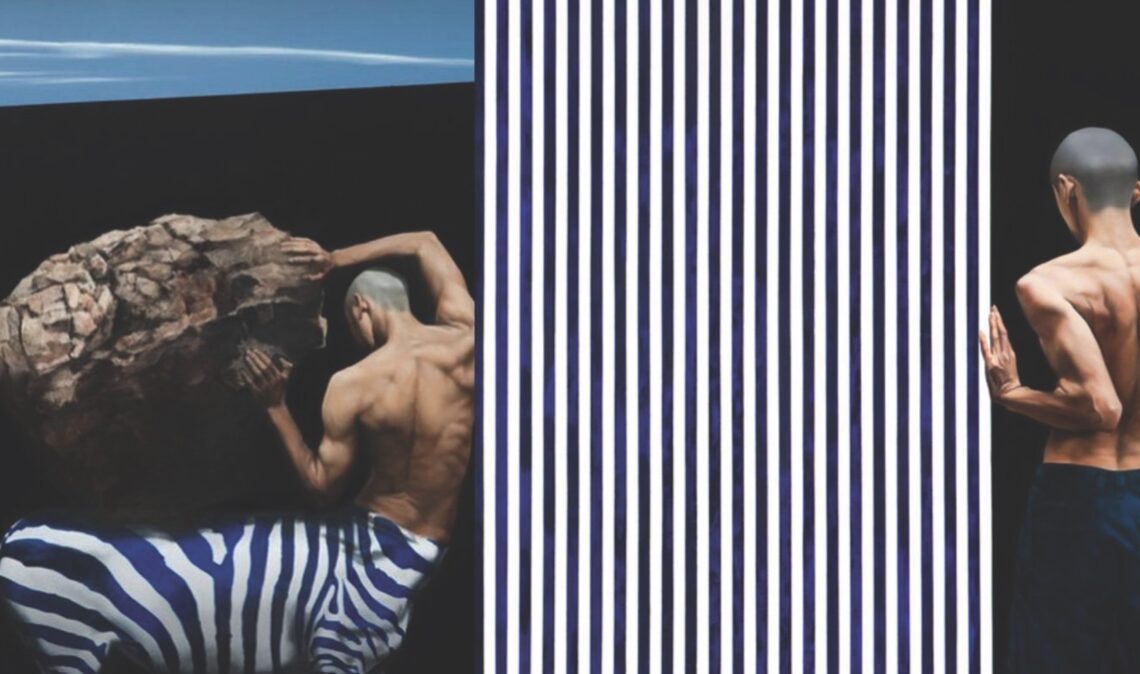 An award-winning artist, Na Wei is a native of Northern China, and student of oil painting at the Lu Xun Academy of Fine Arts in Shenyang, China, where he earned both his bachelor’s and master’s degrees. A young artist born in 1982, he has been creating and exhibiting works worldwide for over ten years.

By melding various media and techniques, Wei creates a conversation, an equilibrium between Eastern and Western cultures. In some of his early works, like the Only Child Series: Pivot, 2007, he created a collage, balancing the human subject with the background, offering a story to be determined by the viewer. He is especially adept at recreating the look of fabrics with his exquisite brushstrokes, which add depth and texture to his paintings. 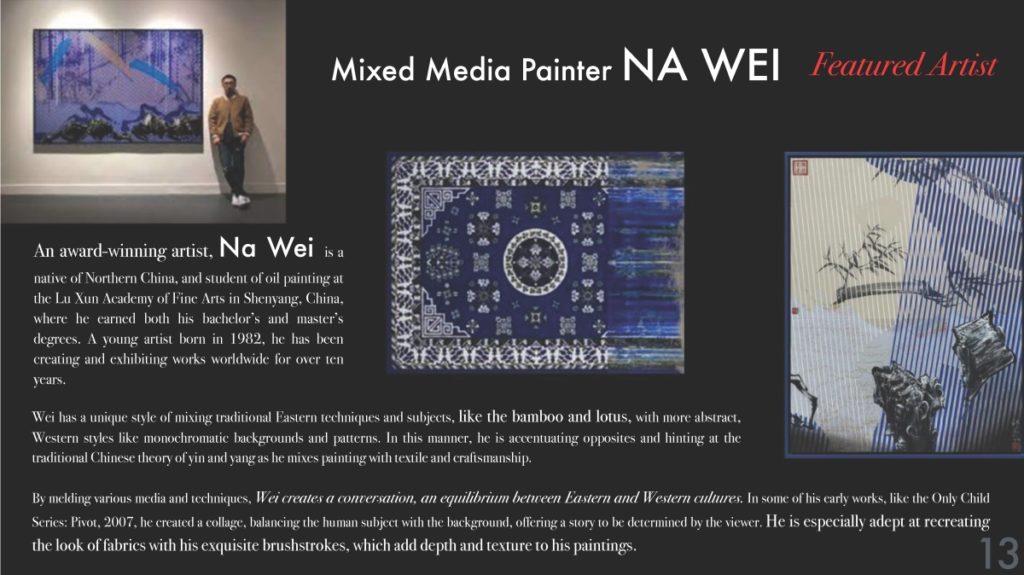 Wei has a unique style of mixing traditional Eastern techniques and subjects, like the bamboo and lotus, with more abstract, Western styles like monochromatic backgrounds and patterns. In this manner, he is accentuating opposites and hinting at the traditional Chinese theory of yin and yang as he mixes painting with textile and craftsmanship.

Wei has participated in countless exhibitions, both as a group and solo exhibitor. He experienced his for exhibition while a student in 2006 at the Dafen Art Museum and has continued to contribute to exhibitions in events worldwide. 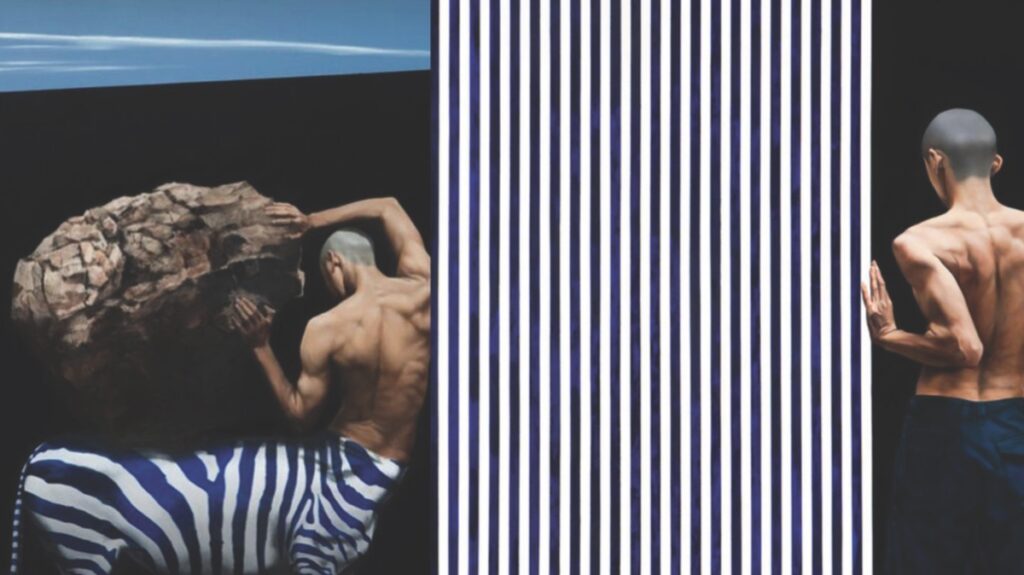 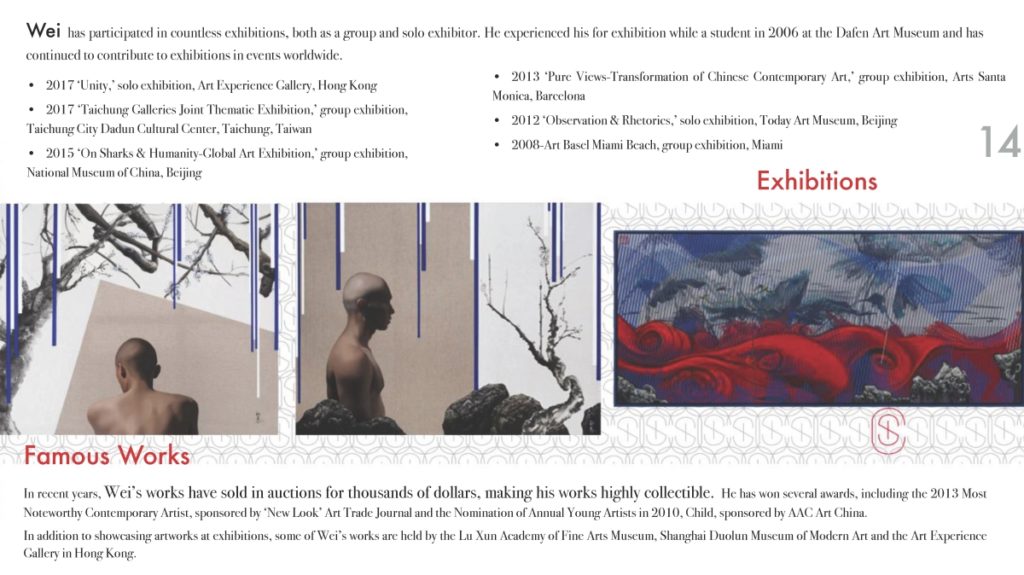 In recent years, Wei’s works have sold in auctions for thousands of dollars, making his works highly collectible.  He has won several awards, including the 2013 Most Noteworthy Contemporary Artist, sponsored by ‘New Look’ Art Trade Journal and the Nomination of Annual Young Artists in 2010, Child, sponsored by AAC Art China.

In addition to showcasing artworks at exhibitions, some of Wei’s works are held by the Lu Xun Academy of Fine Arts Museum, Shanghai Duolun Museum of Modern Art and the Art Experience Gallery in Hong Kong.