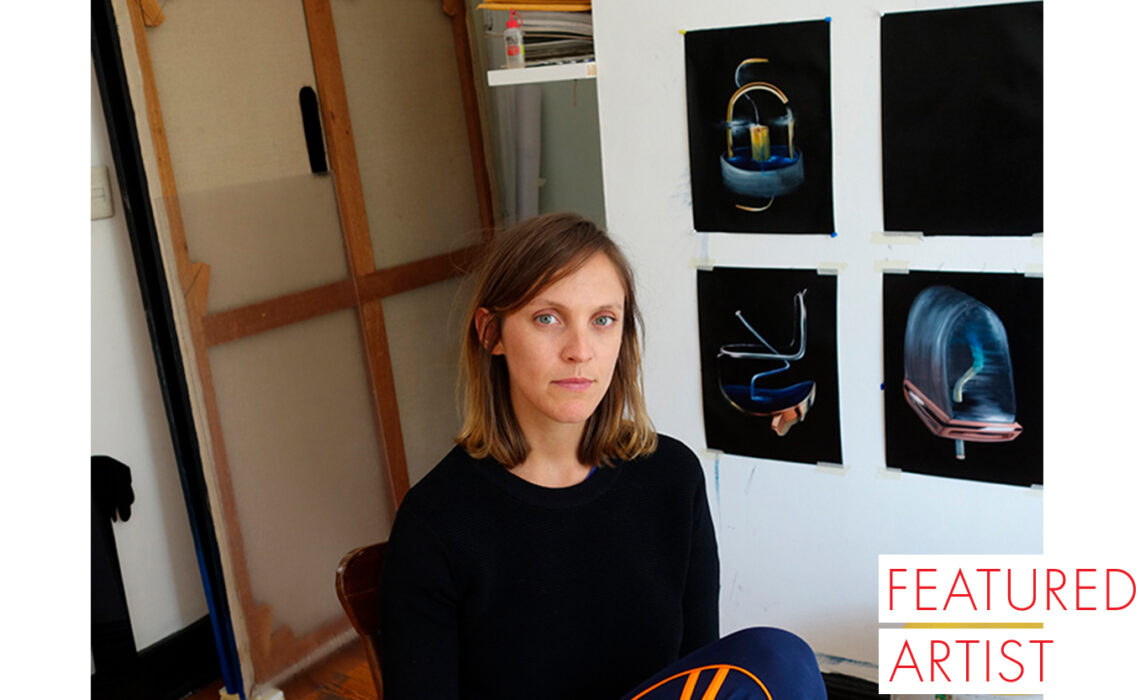 Carolina Fusillier is a youg artist from Argentina based on Mexico, working across different media, including video, painting, sound compositions, and installations. Her practice is an exploration about both natural and urban spaces, as well as the intersection between nature and industrial landscapes.

On an interview with Culture Mag, Fusilier (Buenos Aires, 1985) told about her interest in investigate the problematics around technology and the impact that it has on a social level: «Art is an interesting field to approach this, because it makes visible internal, hidden, or unknown systems. It’s a way to create an autonomous vision about such uncontrollable information. I like to think we deal in similar ways with our consciousness and unconsciousness system.» 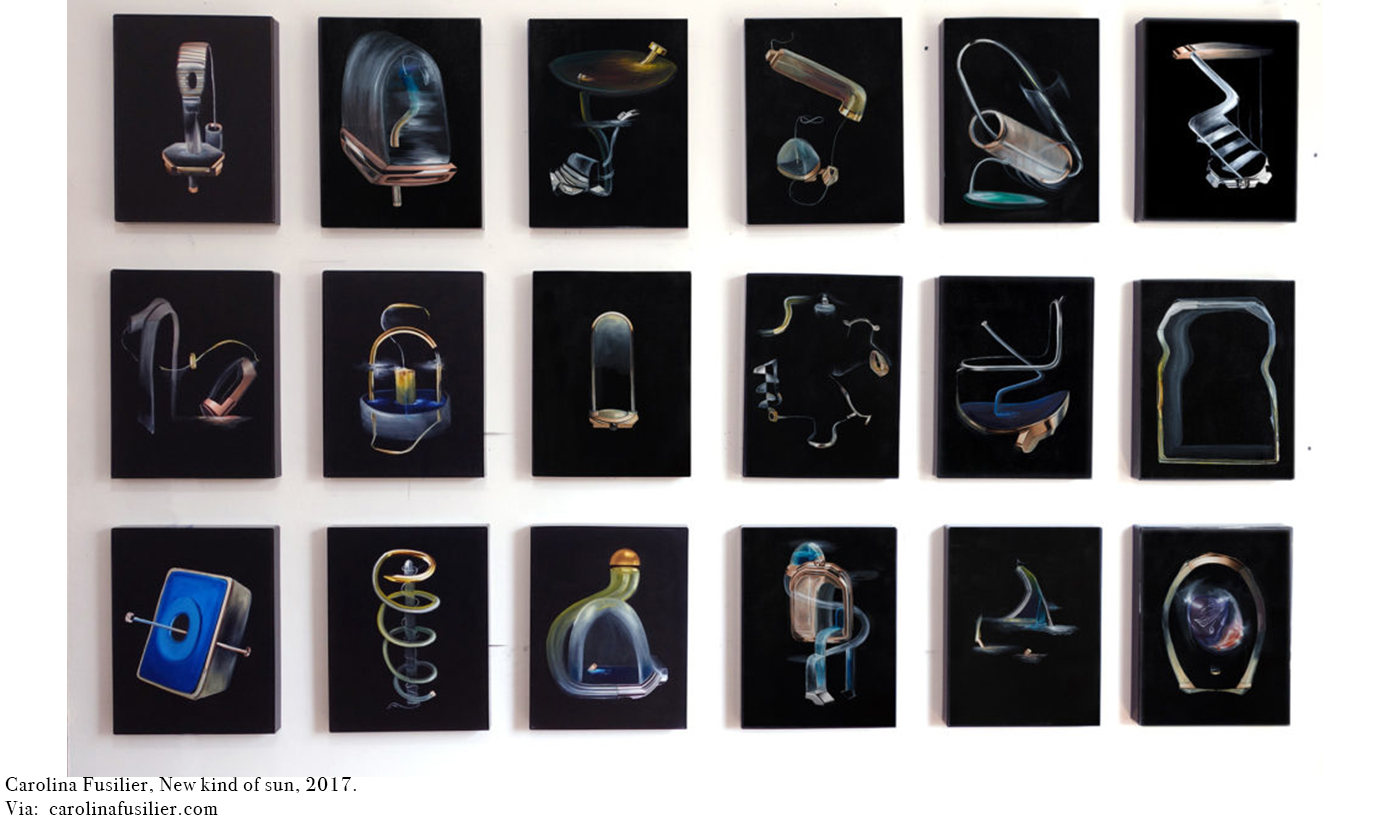 Her works are worlds wich oscillate between reality and fiction and in wich viewers can feel confused about what they are seing: it is an imaginary world, an utopia or an abstraction of our everydaylife defined by machines, industrial contexts, or an abstraction of the present? 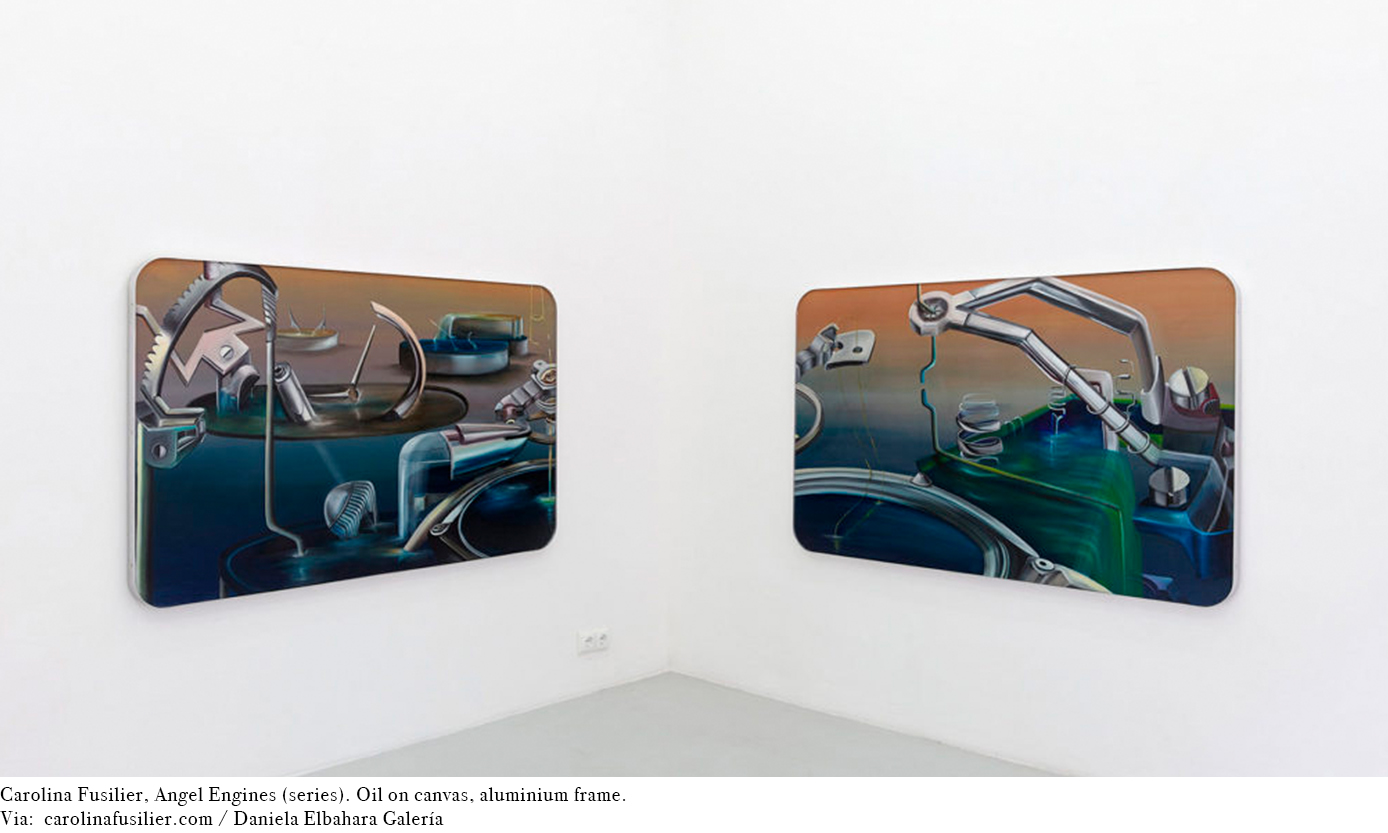 Far from being a surrealistic work, Fusilier has a deep gaze to approach to the depths of a reality which is in front of our eyes but that we may don’t want to see. In that reality, technology, the industrial, the machines, seems to being autonomous and surpass nature.  One of the most important things about her work is that, although the subjects of her interest are real and dark problematics, in her installations, paintings or sculptures, there are always a poetic side. 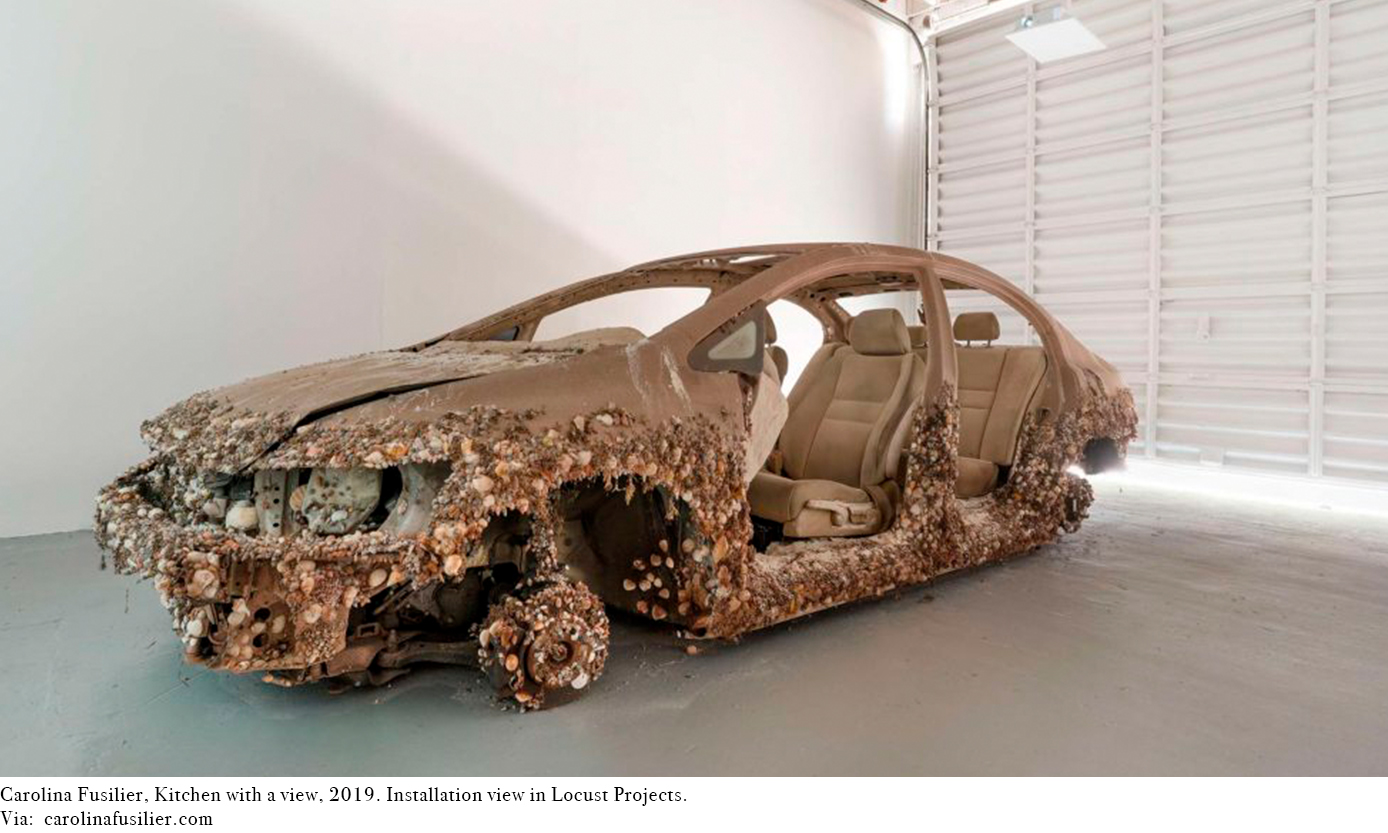 Carolina has recently received The Pollock- Krasner Foundation Grant (2019-2020) and the Jumex Foundation Grant for the production of her work Kitchen with a view (2019). In 2015 she received the Raul Urtasun-Frances Harley Scholarship for emerging artists in Argentina (The Banff Center – 2015). She was part of Open Sessions 2018-2019 a two year program in The Drawing Center, New York.